“Kundli Bhagya” 10, September 2020 episode starts with the Luthra family tries to stop the cops to arrest the Karan. Rishabh gives sympathy and said that he will try to make him understand and make sure that he agrees with my words. Preeta also says and stops them that this matter should not happen and there is no need to take him to the police station. Rakhi also gives the assurance that she will not respect the Preeta again. Inspector comes outside and said to the constable that he doesn’t take the side of Karan. Because he insulting him in front of us. Rakhi although gives the order to the Karan that he has to stand beside the Preeta. 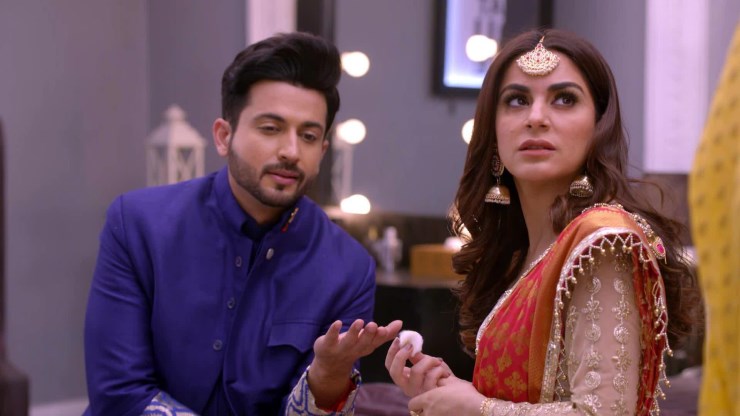 When it happens then Preeta demands Maira and Kareena to take the thaali and then push the Maira because she could be tired. Then Rakhi comes in front of us and then perform the rituals. Then she remembers how she makes understand to the Karan and sees Preeta that she is his lucky charm. Why she stopped. Maira un away from her room and then starts to clear her hand. Sherlyn mentions that she did so many mistakes and now it could be completed. Because he loses the fight and the stars of Preeeta now woke up because she feels that God is writing his destiny. Because now nothing wrong happen with her.

Maira denies her words and says that she has a new plan and the next day they throw out the Preeta from the house. Preeta tries to stop the Rakhi from doing the rituals, then the inspector asks what happen. Because she has to complete the rituals. Karan says that he only did the acting. Then the inspector asks from the Rishabh that he is the Karan which he said that he is here and also check him time to time. Preeta said that she only wants to stop her because when she left her own home at that time her mother was crying and she is really worried about me.

So that is why she also wants her to see her Grehpervesh ritual. And that is why she is calling her mother. Shrishti gives the answer on call and Gayetri mentions the name and said that do not take the tension about her. Because now she is entering her own house which is a really good message. Rishabh takes the mobile phone and Rakhi starts doing the aarti after this she asked the Geeta. Then tells to push the flower pot from her right foot and then dip the feet in the kumkum and then enter the house like a Laxmi is enter in the house. For more written updates stay connect with us and stay safe!