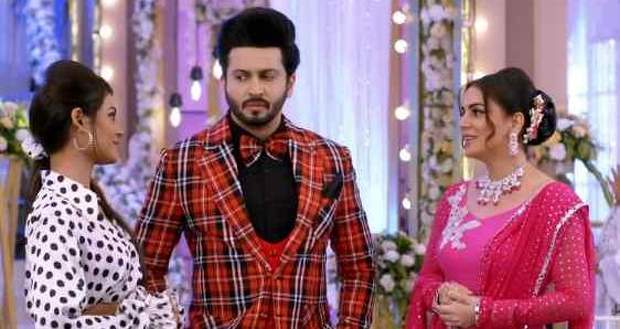 He says that her dream of bringing Mahesh to the family and getting him announced as a normal person will be just will be a dream. He says that Party will go on but according to him for his victory. Prithvi gives challenges unconscious Preeta that he will ruin her. Karan is searching for her, and Sharlyn notices him search Preeta. All the guests have come here but host Preeta is missing.

He asks where did she go. Prithvi hears Kran’s call for Preeta. He doesn’t want any interruption in his plan. Karan asks for help from Sameer and Srishti to search for Preeta. He says that there is huge confusion at the party.

Natasha tries to kidnap Srishti as well. After this Sameer reaches there for help, Natasha pretends that she was in trouble as reality. Srishti gets saved by Sameer when Preeta also gets found by Karan. Sherlyn alerts Prithvi. The question is what is Prithvi trying to turn the tables, keep reading.

Kritika asks Karan not to be worried and doesn’t panic, Preetoisa would be across in the house.  Judge praises Preeta and Shrishti’s energetic and emotional performance. Sherlyn wants to warn Prithvi that Karan is searching for Preeta as desperately. Sharlyn says to him that if he will catch the truth then anything can happen. Preeta is yet in an unconscious condition.

But Karan is trying his all the efforts to find Preeta. The entire family is also in a panic situation. According to this, the show is going to be very interesting and entertaining. Let’s see what will happen next, is Karan will find Preeta or not. Is Prithvi will be successful in his planings. Stay tuned for upadates