Today’s episode of Kundali Bhagya starts with Preeta talks about Mahira and Shreyn’s incident which was happened in the hall with her sweet dish and tells that how they went mad when their sweet dish gets spoiled. Preeta also tells that they didn’t need to fight its just a sweet dish but they are not innocent, after that she tells that now she is Preeta Karan Luthra and now she fights with anyone without any fear. She tells that she was made two sweet dishes and one of the dishes she puts in the refrigerator and the other one she served to everyone. The dish was loved by all expect that Kareena and the main thing is that no one liked Mahira’s dish even Kareena. 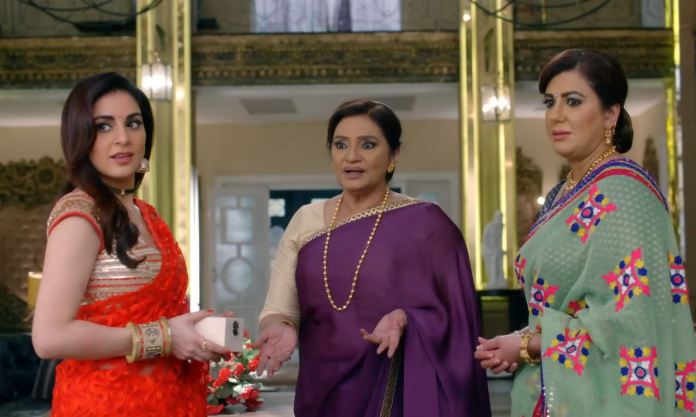 Shreyn tasted the dish of Mahira but insults her and now, she wins her first fight and now she will be able to throw Mahira from the house but she tells Mahira that she is happy today so, she doesn’t need to worry, she will challenge her later. She tells Shreyn to change because later she won’t get a chance to change herself. She challenges her and tells her to top becoming Preeta Karan Luthra. She promised her that she will never depart her from Karan and if she lives in Luthra’s house then she has to face many problems and tells her to taste the dish and get pout from the house.

Kareena rejects the plan of Karan’s reception and Krithika also agrees with her. Karan sees Preeta with her and he leaves from there. The waiter wants to give a cold drink to Kraan but Preeta stops him to do this because his health is not good but Kareena gets angry and tells her to stay in her limits and doesn’t stop the waiter to give cold drink to Karan. Dadi leaves all the decisions to Rakhi then she decided that the function ‘Muh Dikhai’ and reception will be held together. Mahira gets shocked after hearing this but Preeta gets a smile on her face. Kareena against the decision of Rakhi and gets angry with her.

Rishabh comes and tells Shreyn that he wants her from that to become a good sister in law as same as Preeta. Sameer also gets happy after hearing the good decision toward Preeta. Mahira decided to finish the life of Preeta. Sameer tells Sristy the reception date but Sristy gets upset because Arora’s was not invited yet. Rakhi handles all the things perfectly and she praises by Kareena and Dadi. After the order of Krithika, the waiter gives Karan a glass of cold drink.