In this article, we are going to tell you about the serial “Kundli Bhagya”. So Today’s episodes start with Sarla ask to Preeta that she doesn’t think even time to get married to the Karan. Sarla says that she loves so much to her family and that is why when she prohibited then to save the Luthra family she event doesn’t think about her own life. Then what happened that when both are saying something which helps to go back to his mother. Sarla says that she does not break his marriage with Karan because Preeta loves them a lot that is why she can’t do this. 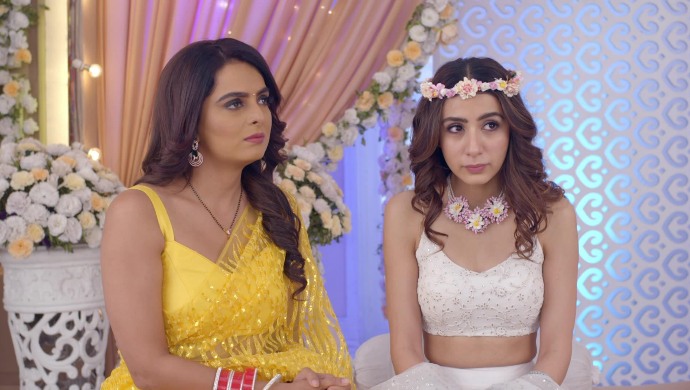 She has to feel that she will do anything. If she said that Sharline and Maira’s words are not important do not take it seriously. Then she also mentions that she does not trust the Karan because he is not a nice boy. But still, she gets married to him because his father is in danger and also save his family. Prithvi still thinking about the car slap which is done by the Sarla. He is shouting that he is an even not stand on the front of her and has slapped him.

And then thinks that he will take the revenge from her and then he started rash driving and she said he will take revenge today. After all, it is a question of his respect. Sarla mentions that now she doesn’t have to come back again because can become wrong for the good cause. It is not to feel the shame on ourselves, she knows that her soul is clean and a good person and you feel from inside that she is not doing wrong. Then she said someone has to take care of our self-respect because no one can stand with him.

But she has to be prepared that she knows a child always has to stand behind her mother. And for her do everything whatever she wants. But some fights have to do with the passions. He always stands with her daughter whenever she had to need him. She only has to call her than she in any condition. But they have to do fight and then what will do with them, Bal knows that. That in her daughter has the power to fight whole the family alone and Preeta also mentions that now she has the power to fight in this war because her mother is with her that is why she will do anything. For more updating written episodes stay tuned with us and stay safe!