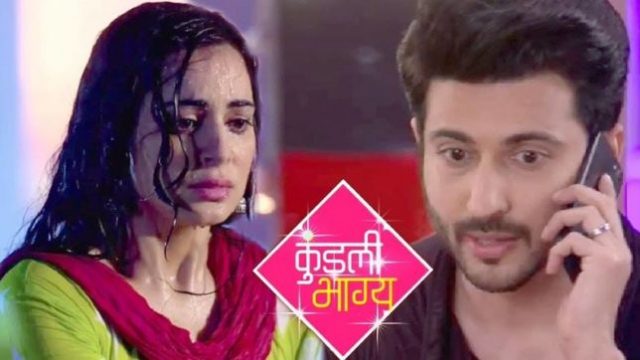 In Kundali Bhagya 20th May 2019 episode written updates. Preeta says I am here and I will never allow you do this. She accuses Sherlin of being a wamp and how she can do this. Sherlin asks Preeta to see a video. She sees that her mother Sarla is in hands of Sherlin. Sherlin asks Preeta to stop otherwise she would kill her mother. Sarla was so tensed. Preeta gets panic after knowing what she has done. Then Sherlin says yes she is your mother and I will release her after my marriage.

Then Preeta says please do not hurt my mother. Sherlin says that your mother got my truth and she saw my husband to be so I have kidnapped her. Sherlin asks Preeta not to get over smart. Sherlin asks Preeta to stop crying and listen to her. Preeta says that I will go to Rishab and Karan. Sherlin says if you will do so then I am going to call my goons and they will kill your mother. For more updates of Kundali Bhagya written episode, stay tuned with us.