Well, the amazing episode of Kumkum Bhagya is all set to air in a few hours and watchers are excited to watch the next episode of the show. The serial is going on very well and everyone wants to know the next episode to reveal the twists and turns. Well, before talking about the next episode, let’s talk about some glimpse of the previous episode. In the last episode, we saw that Pragya was walking on the road of Delhi and sits on the bench. She thought that Abhi will not come to take her and maybe, he will always choose alcohol. On the other side, Dadi came to Abhi’s room and knock on the door. Abhi thought that Pragya came back but he found Dadi at door. 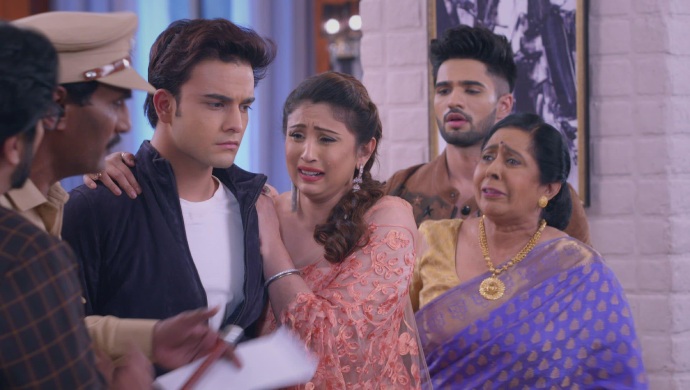 Dadi asked about Pragya and Abhi said that she is bathing and Dadi asked that how can she bath at late night. Dadi said to Abhi that he always love her. It’s a color of love that can’t remove. Abhi asked Dadi to go back to her room and thought about Pragya that she did not come yet and maybe, she will come in the morning. On the other side, Tanu wore an expensive gown at night to sleep and Aliya said her that she is looking nice. On the other side, Pragya was walking on the road and suddenly, two guys passed from her and teased her.

The guy teased her and hold her hand. Suddenly, car headlights shine and Abhi came there. Abhi and those guys argued with each other and Pragya asked him to do something and don’t need to talk with them. Suddenly, Abhi snatched their gun and they laughed because there were no bullets in the gun. Those guys called some more people to beat Abhi and Pragya and later, Abhi beat all the guys and ran from there.

On the other side, Rhea came back to her home and Rhea thought that everyone was going on well and since the Prachi came into her life, everyone has been destroyed and she also mentioned that because of her she lost her love. Rhea blamed her on everything.

Suddenly, Pallavi came between them and asked her to questioned her. Pallavi said to no one will give you the correct answer over this issue. Pallavi said that when Pragya helped Prachi and Ranbir to get married and I felt as dearest one cheated us.

Now, the upcoming episode will show that Prachi will break her all relations with Rhea and Ranbir will also say to Rhea that he doesn’t want to see her face and because of this, Rhea gets tensed. Along with this, Rhea will apologize to them and she will ask for another chance from Prachi but Prachi will give her another chance and Ranbir will say Prachi to don’t give her a chance. Now, Rhea will make another evil plan where she will get married to Ranbir. So, what will happen next in the upcoming episode? Let’s wait.