One of the finest TV serials, Kumkum Bhagya is currently on its high, and watchers are excited to know the written update of the serial. Now, we have seen in the last episode that Tanu was going to make a plan against Pragya and called someone and said that I need you tomorrow. While Pragya was with Abhi, she said that she will stay with him. 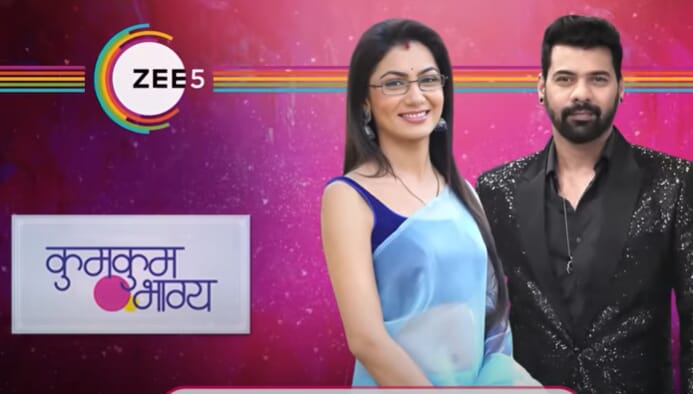 Pragya rubs her hand over his head. On the other side, Prachi saw and Rhea said sorry to her as Aliya asked Rhea to say this to her. Rhea made her plan against Prachi as Rhea wants to see Ranbir and Prachi separate.

Prachi got emotional and hugged her while Rhea saw Ranbir with her wrong intentions. When Rhea came to the dinner table, she saw Ranbir continuously and Sid noted something wrong. On the other side, Aliya reached Pragya’s house to meet and she noted that Tanu followed her.

They got shocked after seeing her in the house. While Sid came to Rhea and asked about her ignorance. Rhea said that sometimes, anyone could be ignored but Sid asked about the situation of their bedroom. Suddenly, Ranbir came there. We also got to see that Tanu asked to meet Abhi and her lawyer asked about the papers and Ranbir said to Sid that he will fix everything.

Now, the upcoming episode shows that Tanu and Aliya will become together. They will decide to destroy’s the life of Pragya. When Tanu blames over Pragya that Pragya tried to kill her by made him drunk in this house and Tanu asks Pragya that where was she when he was drinking alcohol.

Suddenly, Abhi comes from his room and says that he was drunk and he called his friends in this house to get drunk and later, Pragya mixed water in alcohol and even she tried to stop us many times.

Abhi adds that as everyone knows, I use to drink before taking asleep. He said that he was too drunk yesterday night and because of its, he slept from stair. He also said that Tanu sent alcohol bottles to him so, he can drink more. Aliya gets shocked after hearing this from him.

Tanu gets her face down. Abhi says that there is no mistake of Pragya. Abhi and Pragya’s eyes get locked and after seeing this, Tanu and Aliya get shocked that they are coming close.

Later, Aliya and Tanu become together to separate Pragya and Abhi again. On the other side, Sid is confused about Rhea because she is ignoring him for the last few days and this thing are killing him from inside. He said to Ranbir that he will tell him his problem at home. So, let’s see what will happen next because Sid doesn’t want to tell his problems with anyone.