The latest episode of Kumkum Bhagya begins with Pallavi who asks Rhea to bring her clothes back from outside. Prachi goes from there and Ranbir tries to stand up. Vikram asks him to take rest for a while so he can talk to her later. Rhea put her clothes in the almirah. Another side, Prachi gets upset and thinks that what Rhea said to her. Prachi gets angry and breaks everything in her room. She shouts and Sahana tries to stop her. Prachi asks her to go back to her room and Sahana says that she doesn’t want to lose her and can’t leave her alone. 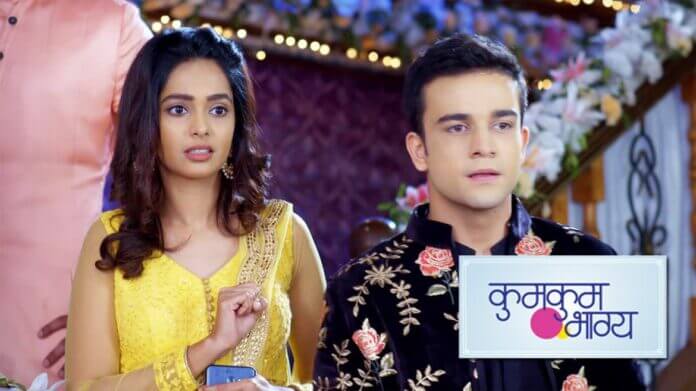 Pallavi says that only Ranbir’s wife can stay in this room and Rhea is her wife. Dida adds that Ranbir will tell this. Aliya says that he didn’t take the name of Prachi and Dida replies that he even didn’t take Rhea’s name as well. Ranbir thinks about Rhea and what did she say? Everyone leaves the Ranbir’s room and Pallavi asks him to take some rest. Another side, Rhea says that she is praising Prachi.

Rhea tries to provoke Prachi by saying that he lied to her. He took this step by saying that denied accepting her as his wife. Rhea says that he loves to create jealousy. Rhea reveals that she told Nick to do this to attack him. Prachi thinks that Ranbir just lied to her every time. Rhea is just trying to create a misunderstanding between Prachi and Ranbir. Rhea asks Prachi to take divorce from Ranbir. Sahana says that Ranbir is right and we know what is Ranbir? Prachi says that she saw him Ranbir for Rhea.