Kumkum Bhagya is one of the most entertaining and trending popular serials on ZeeTV. Watchers are too excited to watch this serial tonight and the upcoming episode will give some amazing glimpses to the viewers. Here are lots of things to appearing in the serial and before sharing the latest episode, we like to talk about the previous episode of the show. 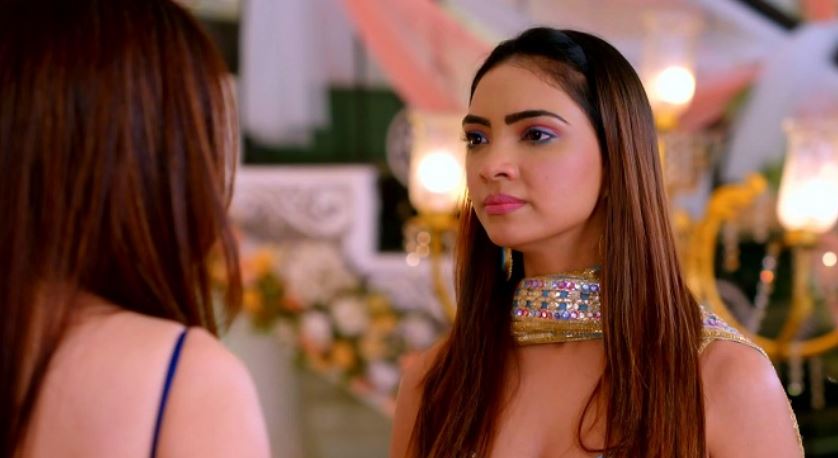 As we have seen in the previous episode that Prachi including Dida, Shayna, and the Women’s Organization reached to the police station where Rhea and Ranbir were arrested. Prach said to police officer that she is Prachi Ranbir Kohli, the real wife of Ranbir Kohli.

Prachi asked a police officer to take out Rhea and Ranbir from the cell. Rhea started to shout at Prachi and she gave befitting replies to Rhea. Along with this, Aliya, Pallavi, and Vikram reached the police station, and mostly, everyone is standing with Prachi including Dida, Shayna, Women’s Organization, and Vikram.

Prachi says that she is the real wife of Ranbir and without giving a divorce, he couldn’t marry another girl. Everyone got shocked after hearing from Prachi. She also said that the real wife was living in her in-law house and the fake one is arrested in the hotel.

Rhea asked her to shut her mouth and the NGO’s head said that she can’t talk to her like this. Rhea says that she doesn’t know her while snapping the fingers. The head said that don’t dare to snap the finger unless she will have to face the worst things.

Another woman says that she needs to leave Ranbir with his real wife and they will just perform a councilling. The head said that if she will not follow her so, they will have to take strict actions against her.

Now, the latest episode is going to be interesting because of the upcoming twists and turns. When a police officer asks Prachi to show proof that they are married, Prachi reveals that she has proof. Prachi shows a marriage certificate to police officer and he says that now, they will have to arrest Rhea under the case.

Rhea and everyone gets shocked after seeing this and to save her image, Pallavi will have to say that Prachi is Ranbir’s wife and asks him to fill her hairline with Sindoor.

Rhea and Aliya couldn’t tolerate this and because of Prachi, they will have to accept that she is a wife of Ranbir, and a police officer is about to arrest Rhea for illegally marrying Ranbir Kohli. Now, let’s see what will happen in the upcoming episode of Kumkum Bhagya. Keep watching.