Here we are back with another update of the latest episode of Kumkum Bhagya. The show is very popular among people, it is running well with the great TRP on television. People love to watch this show. Makers are trying to make it more thrilling with amazing twists. According to the promo video, the show is going to be very interesting and entertaining with outstanding twists. The latest episode starts with, Ranbir getting saddened recalling words. Rishi comes to help him with advice. 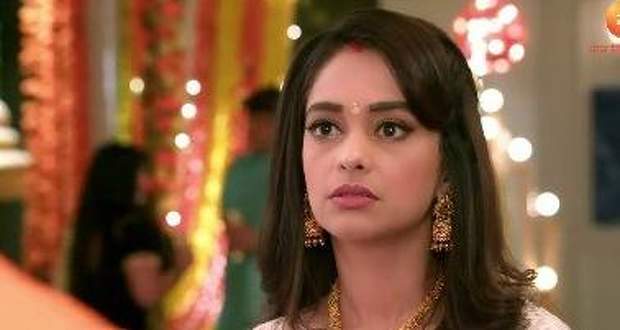 Ranbir says that he is stuck in a bad condition. Rishi asks her the problem. Rishi asks him to share everything, rishi says he knows about Rhea and Prachi.  Ranbir tells that he loves Prachi and he confronts that he slept with Rhea in an intoxicated state, he doesn’t remember anything, when he woke up, he saw Prachi in front as broken. He wants to discuss everything with Prachi and convince her.

Rishi says that even Rishi’s love story is tragic. He asks Ranbir if he still loves Prachi after marrying Rhea. He tells that Rishi loves Lakshmi but he is marrying Malishka. He says that he loves Malishka. Ayush asks him should not tie with another if you love somebody. Rishi tells that he is marrying Malisha who he loves. Ranbir says there is nothing good for two years, no one knew him, Just Prachi was the hope for him. That two year was amazing when Prachi was with him.

That phase was amazing and he was very happy that time, he tells that another person come and spoils a happy marriage. He admits that he is fulfilled with everything now, money and power, but not Prachi and her happiness and support. He feels he is not happy to see Prachi away from him.

Ranbir asks Rishi not to marry another one if you love somebody. He knows the bad feeling of regret. He tells that Rishi has time that he can change this and can find his love. Ayush says about the love that it is so beautiful and hurtful also. Ranbir tells that it is a tough thing to do. He tells that Rishi loves Lakshmi, he would feel amazing when he spends time with her. He says to rishi that he should accept his feelings. Ayush loves his advice and agrees with him. Malishka interrupts them. Stay tuned with us for more updates.