Here we are going to share the latest written update of Kumkum Bhagya. Fans are too excited to watch this episode tonight and it will be interesting to watch this episode once again. The episode begins with Rhea, Prachi, Pallavi, and Aliya. The trio comes to Prachi and they talk to each other. Suddenly, Ranbir comes there and Rhea calls him to celebrate the party. Rhea says that she is giving a surprise to mom and dad. Rhea makes everyone attention at the party and she thanks everyone to celebrate this party. 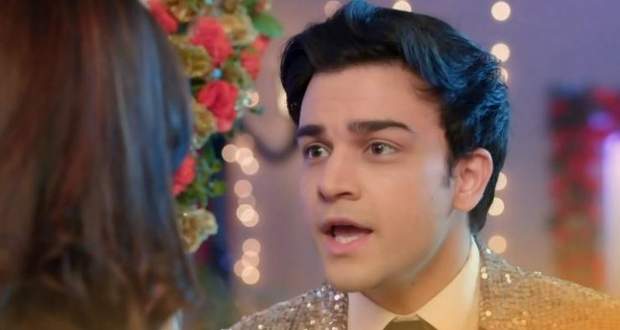 She tells that she is happy and to show her happiness, she just wants to take the hand of her husband because they want to become a good couple like their parents. Rhea and Ranbir dance to the song. Ranbir doesn’t want to dance but he has to. Shayna says to Dida that she is going to do something bad but Dida asks her to stay calm as Prachi and Ranbir’s relationship is going to be strong. Prachi and Ranbir goes out of the party and Rhea introduce the NGO ladies and the doctor Pooja.

Aliya thinks that Rhea is going to reveal Prachi through Doctor Pooja. Rhea says that Doctor is going to tell an important thing to all and notices that Prachi is not here. Rhea says that she is going to call Prachi. On the other side, Prachi and Ranbir is spending their quality time with each other. Prachi says sorry to him and says that from when she started to say sorry.

On the other side, Rhea is finding Prachi and Ranbir. Rhea says that who will tell first to Ranbir, they will win the belief of him. She says that Neeti decorated the terrace and Rhea goes on the terrace to find them. Another side, Prachi thinks that he knows everything. She says that she wants to tell that she is p… and suddenly, the rain starts.

Later, Pallavi asks Ranbir that it’s time to cut the cake and he holds the hand. Aliya sees this and says that she is going to separate from his life. At the party, Rhea claps and asks everyone to clap in the honor of Prachi. Rhea gets happy and she is going to reveal everything in front of all. Suddenly, Prachi gets unconscious and Ranbir takes her to the sofa.

Ranbir asks her that is she needs something? Rhea says that doctor is checking her and the doctor will tell her report. Prachi asks Rhea to talk to her privately. Shayna also wants to talk to her privately. Rhea says that she knows what is going to talk about. Rhea also yells at Shayna and she asks Ranbir to listen to her heart. Prachi says that he needs to hear his heart. Rhea creates drama and shows her reports on a big screen.

The doctor reveals to Prachi that she is pregnant because Rhea told her that she needs to go on a hike. Ranbir is continuously looking at Prachi and Rhea asks her to avoid her. Ranbir goes to Prachi and says that he loves her and will love her a lot. Ranbir asks Prachi to reveal everything. The Episode Ends.