We are back with the latest written update of Kumkum Bhagya which is going to be amazing in recent days. Currently, ZeeTV’s serial is capturing huge attention of the viewers around the states because of its amazing storyline. As we have seen in the previous episodes where lots of things have been taken place. 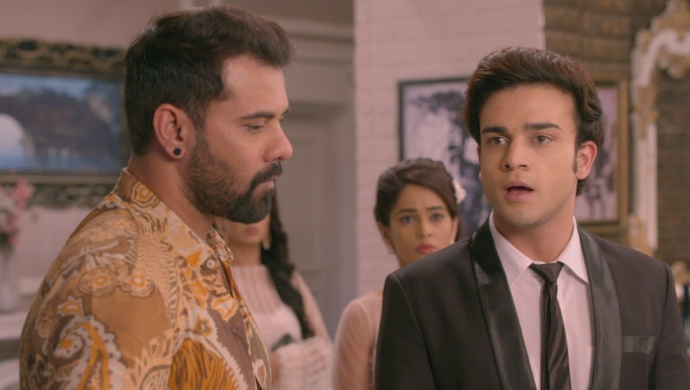 As we have seen in the previous episodes of the serial Rhea got to know about the pregnancy but she is still confused that is Shayna pregnant or not? She is doubting Prachi as she is hiding something.

Along with this, we have also seen in the last episode that Rhea tried to find something in Prachi’s room and suddenly, she heard the sound of her phone which is ringing in the bathroom. She read the message of Sidharth in which she reads that he is asking to take care of herself and her child as well.

Suddenly, Aliya came to her and said what is she doing in Prachi’s room. She told her that she found something like pickles and keri and maybe, Prachi is pregnant. Aliya gets shocked after hearing this and they thought that Prachi is about to become a mother of Sidharth’s child.

But they are still confused as thinking that she came in this house to tell everyone that this is a child of Ranbir and will occupy Kohli’s property. She just came in the house to take the property in her hand. Later, Dida, Prachi, Ranbir, and Shayna are making plans for the anniversary of Pallavi and Vikram. To the next morning, Shayna and Prachi is preparing for the anniversary function and suddenly, Ranbir came there and saw Prachi preparing for the function.

Now, the latest episode will come with some new twists and turn where Rhea and Aliya will make a plan to reveal in front of everyone that Prachi is pregnant. They both are going to disclose in front of everyone and maybe, they will prove that this is a child of Sidharth. It will be seen in the upcoming episode that they will mix something so, Prachi gets unconscious and falls down. Later, Ranbir and Shayna take her to the room and call the doctor.

The doctor examines Prachi and Rhea thinks that the doctor will reveal the pregnancy of Prachi but it doesn’t happen and the doctor tells Ranbir that because of work stress, it happens sometimes. Rhea and Aliya get shocked after knowing that it was not true that she is pregnant. Well, we will get to see many more twists in the upcoming episode. So, get ready to watch this amazing serial tonight.