We are back with the latest episode of Kumkum Bhagya which is going to be excited for all the watchers. The episode begins with a Police officer who says that the new married woman can be arrested under section. Dida says that she was well known about this marriage and her whole family was involved including Pallavi, Vikram, Ranbir, Rhea, and also her aunt, Aliya. She was not present at the wedding but all this happened because of her. Officer says that because of her statement, her entire family can be arrested. 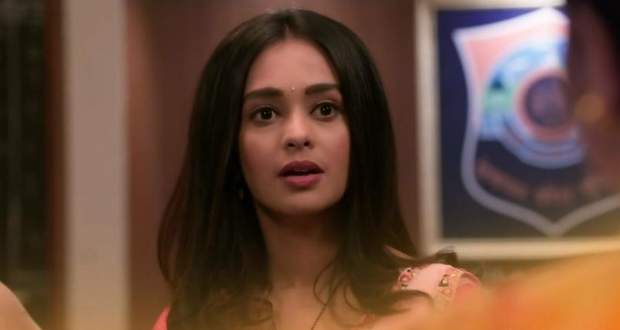 Police also says that he is going to arrest Ranbir and his whole family. Everyone gets shocked. Suddenly, Rhea turned her voice and says that she did not get married to him. She says that it was a function and suddenly, Pallavi says that Prachi is the daughter-in-law of the house and Vikram also says the same. Shayna gets happy with this.

Rhea sees everything and is scared. Prachi remembers everything that Pallavi said to her. Prachi comes to Pallavi and asks Ranbir to take blessing from his parents. They are blessed by everyone and Rhea sees this.

NGO’s ladies say that they both are looking beautiful with each other like God Ram and Goddess Sita. Dida tells that they got love married. Suddenly, Aliya goes from this and Rhea follows her. She says where she is going and who will take her out from this matter.

Aliya says that she is sending lawyers for her and if she will say this here, the matter will increase. Rhea says that it was a plan and Aliya did not do anything.