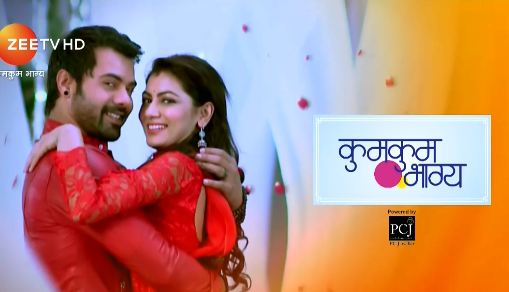 We see in Kumkum Bhagya that everybody is so tensed about Rhea and asks what happened. Abhi goes to Prachi and asks why you did that. He says I have always loved you and I went against Rhea and hurt her also only for you. Prachi says I have not done anything. Abhi becomes emotional and tells her that he is not having anyone else except her. He says that he never expected this from her as he thought she belongs to a good family and has been raised by good parents. Prachi starts crying. Abhi says I have prayed that my daughter should be like you

In Kumkum Bhagya 12th June 2019 episode we will see that Abhi says that your mother is at fault as she has not raised her properly. Pragya goes to the cliff and then she asks where is Mr. Mehra. She says I have to meet  Mr. Mehra. Pragya asks if they have found Rhea. People say that maybe some animals have taken that girl and ate her. Abhi, on the other hand, is so angry and says I will not spare you. Prachi says please do not say anything about my mother as she has seen many bad things and I do not want her to say anything.

Prachi says that she has not pushed Rhea but Rhea is always provoking her by saying bad things. She cries and says her mother always asked her to stay calm and to forgive Rhea no matter what she says. Then Abhi listens to her. She says I can hide anything from my mother but I cannot say anything wrong to you. Prachi says no one is believing her but she has not done anything. For more updates of Kumkum Bhagya episode news stay tuned with us.