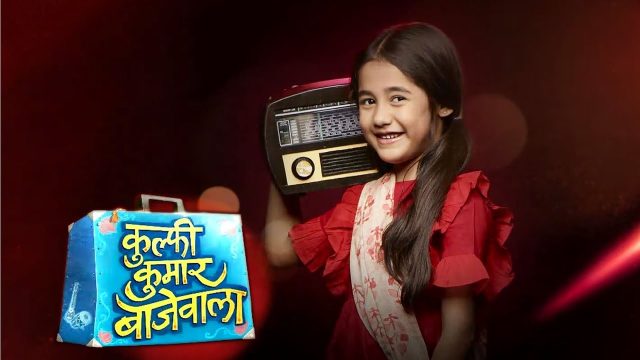 Today’s episode of Star Plus’ musical drama TV show Kulfi Kumar Bajewala begins with Bhola and Kulfi seeing each other in the music camp. A group of children, who belongs to the biggest music family of Mumbai, teases Bhola and also misbehaves with him, Kulfi notices this all. The dean of music camp, Vikram Ahuja cheers up kids for their bright future in the singing industry. Vikram says that anyone can become a singer, but not everyone can become a star. He says if you want to become a star, you will have to shine. Bhola request Vikram to allow him to sing. Vikram gets shocked to see Bhola, who reminds him of Sikander Singh Gill. Bhola then sings a song in which he teases Kulfi.

A woman asks Vikram about Bhola, “Who is this joker? And why you are tolerating him?” Vikram says that he isn’t a clown and that he is Sikander Singh Gill. He goes on to say that he and Sikander had started together, but Sikander became a superstar and he became the dean of a small music school. He adds that I had decided to snatch back whatever SSG had snatched away from him. On the other hand, Pakhi tells her mother that she is missing Bhola. After Bhola, Kulfi also requests Vikram to allow her to sing. Kufi’s voice touches Bhola’s heart, and his eyes get filled with tears. Bhola comes near Kulfi and bends on his keens in front of her. Bhola holds Kulfi’s hand, and the two sing together. He faints after he recalls a past memory.

In Kulfi Kumar Bajewala 20th June 2019 episode, Kulfi gets tensed to see Bhola fainted. When Bhola opens his eyes, he finds Pakhi, Nandini, and Guruji in front of him. He gets happy to see them. Bhola tells Nandini that he felt dizzy and then he fell down. He says he saw a village and a girl before falling. He asks Nandini if they met in a village. Nandini lies and tells him that they met in a village. Kulfi, who was secretly observing everything, gets happy to know that Bhola recalled his past. What will happen next? Stay tuned with us for all the latest updates of Kulfi Kumar Bajewala and written episodes.