First look of Ravi Teja’s Film RT67 has been released today and get titles as Khiladi. Poster has launched with an exclusive unexpected look of Indian film actor Ravi Teja. He looks amazing in the all-black dressing with a dancing pose. Muhuratam Ceremony has been done at 11:55 AM on Sunday 18th October 2020. Story of this film is yet to be revealed by officials but anyway we will try to unveil the available information. The official poster is shared by lead actor Ravi Teja and other ensemble star casts of this film. 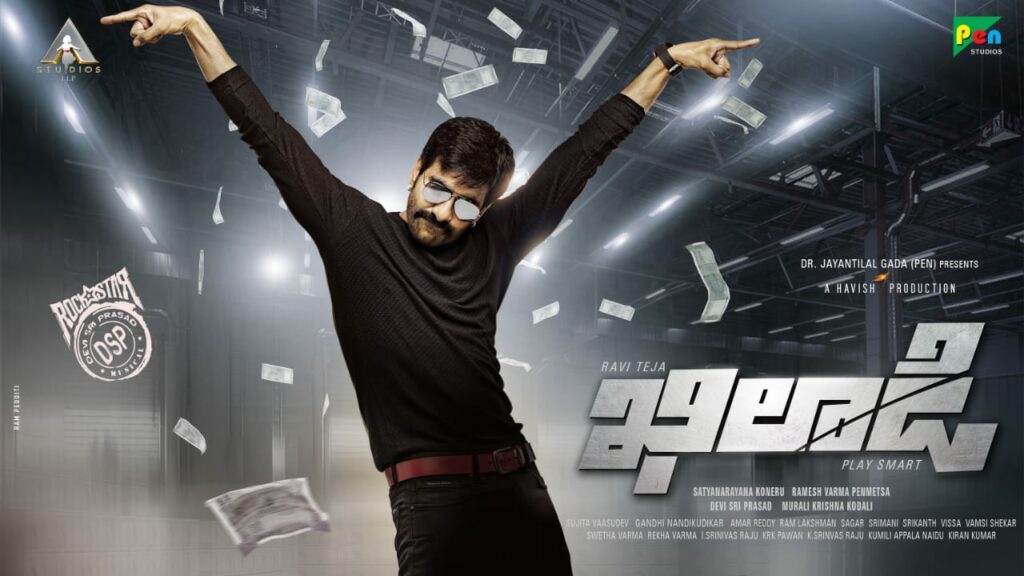 Here, with every paragraph, you will know details like the Trailer release date of Khiladi, Star cast, Film release date and many more secrets about the film. As per the Information, He is going to play a dual role in this film that became infinite entertaining like his previous movies. This film is produced by Satyanarayana Koneru and Pen Studios.

Star Cast of the film ‘Khiladi’.

Starcast of the movie are as follows Ramesh Varma’s Ravi Teja, Meenakshi Chaudhary, and Dimple Hayathi. Actor Ravi will do a dual role with these two actresses. The music of this movie is given by Devi Sri Prasad a well-known music composer.

The shooting of the film will begin from the upcoming next month after complete the shoot of his ongoing shooting of film ‘Krack’ with Gopichand Mallineni and Shruti Haasan.

The trailer of this movie will be available soon after completion of shooting and all further procedures and if we talk about the release date of this film. Probably, It is set to release in the upcoming year 2021.

The First look of this movie is hinted that the story will be related to dance and some thriller of Money related activity. Fans of Ravi Teja waiting for the film and after First look poster launch. The curiosity is double and everyone wants to know the actual story of the film. As per the expectation the film will be more entertaining.