Khatron Ke Khiladi 11 is a huge Trp getter show which has a large number of fans around the world. In the previous episodes, it was noticeable that the show has given a special thrill among the various reality shows. The show is host by the producer and director of many action films Rohit Shetty. 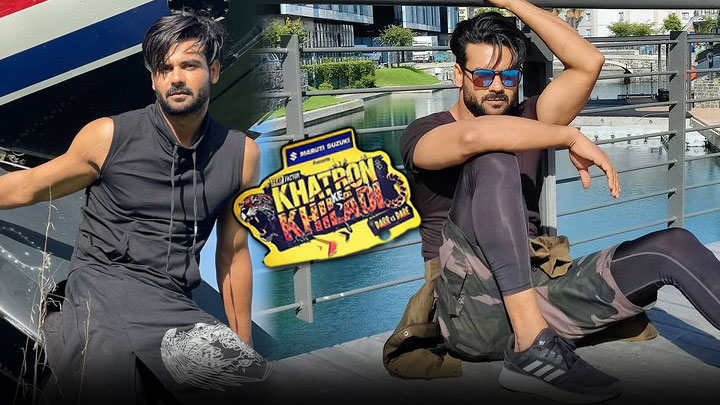 There is another episode that is ready to come on the television. So let’s begin to know the performance which will come in the fresh episode and the names of contestants who are moving to the finals of Khatron Ke Khiladi 11.

In the upcoming episode, you will see Vishal Aditya Singh dedicates Shayari to blushing Sana Makbul. The moment becomes special and everyone just appreciates the Shayari by Aditya Singh. When he dedicated this romantic Shayari to Sana Makbul everyone just listen to each and every word with full concentration. Sana shared the video on her Twitter page and wrote “Haayeinnnn”.

If we talk about the performance of the contestants then the contestant Vishal Aditya Singh is the first contestant in the upcoming task who will perform it. As the host Rohit Shetty said before starting the task, contestants have to complete a round in an underwater steel tunnel. The tunnel has 3 air pockets where the contestants can take relief if they feel pressure.

But he suddenly faints down and gives up. Divyanka Tripathi, Shweta, and host Rohit Shetty trying to motivate him but he was unable to get up to perform the task. It will be amazing to see all the contestants facing fear with extreme thrillers.