The Media Personality and the ex-member of girl group Atomic Kitten, Kerry Katona broke down during the discussion about her ex-husband on Sunday, August, 29 in Celebrity SAS: Who Dares Wins. During the show, the 40-years-old singer and TV personality were seen talking with frontman Ant Middleton about her relationship with George Kay. He died on July 6, 2019, at the age of 39 after eating a high quantity of cocaine at a hotel Holiday Inn in Cheshire. The couple got married in 2014 and he was the embattled ex-rugby player, 39 and the couple had a daughter Dylan-Jorge. The couple’s daughter is 7-years-old now. The couple was divorced in 2017 after Kerry put allegations of domestic violence and verbal abuse. 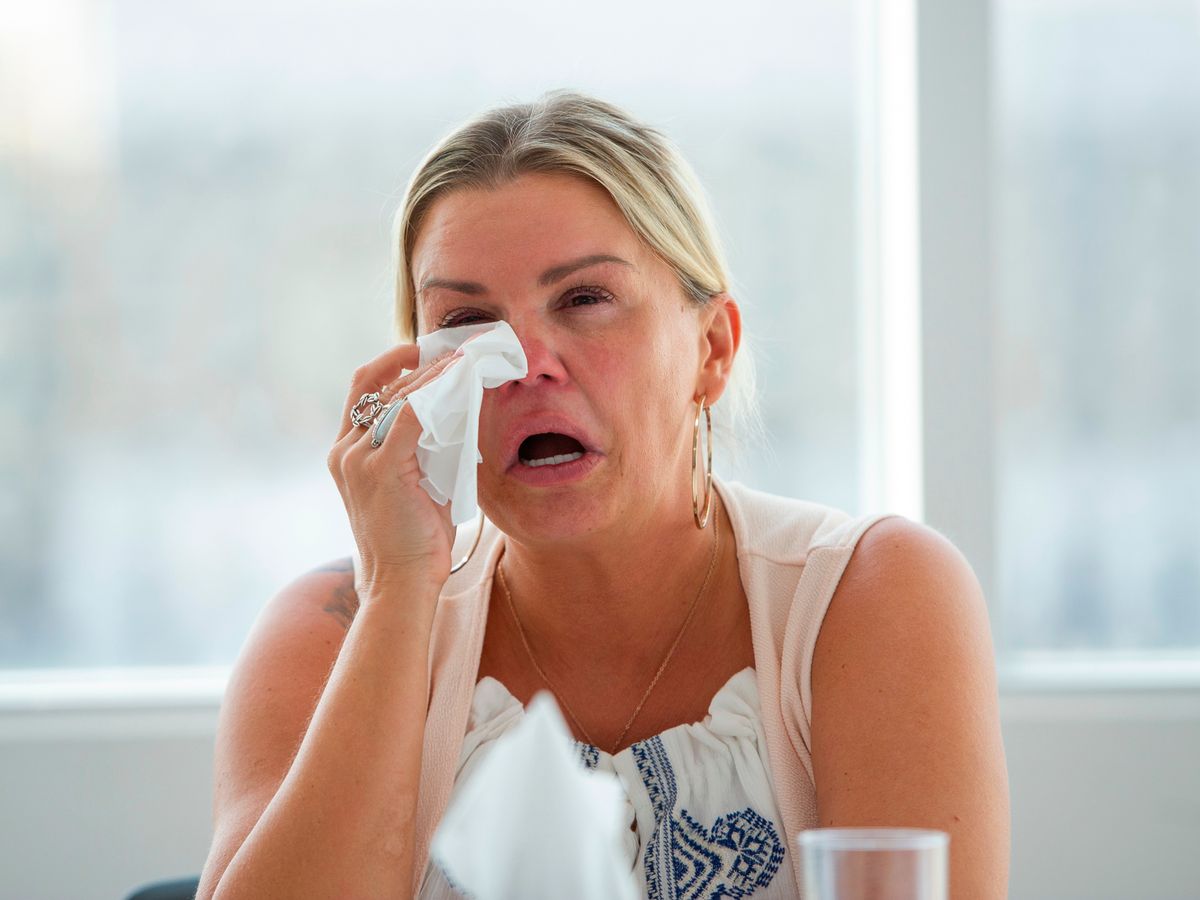 When Ant Middleton asked about her one of the challenges in this show and was filmed last year, Kerry responded that My husband died last year due to an overdose of the drug. He was really abusive and really, it just took me back to feel worthless again. As we have seen in Sunday’s episode that after getting failed in CS Gas Test and Aerial Walk Challenge, he was taken to the interrogation room so, she was feeling oppressed.

After the failure in the challenges and later, due to the pained reaction, Middleton asks that I can tell you that you have been stuck somewhere and I don’t know where but you are stuck. Where have you stuck? It literally confused many of us but those who can understand the meaning, have already.

She responded in front of Ant Middleton that her husband died last year after having a high dose of drugs. He was really abusive and It took me back to feel worthless” and told that how the officer brought her to her experience with George.

Ant Middleton asked to her that if her children saw when George abused her, she responded that they heard that George is shouting and saw those black eyes and suddenly, Ant asked how did you handle the situation?

She said that she left or admitted and because of my mistakes, it will affect on my kids. In the earlier of this month, it was revealed that George died due to the heavy dose of cocaine where he crushed cocaine inside a sock and ate all the cocaine and due to the heavy dose, he died. After that, he was also found knocking on the other’s guest door and the hotel staff was attempting to return back him to the room.