A popular actor and actress of the Bollywood industry and the cast of Luka Chuppi’s movie, Kartik Aaryan, and Kriti Sanon are coming back together to entertain the audience with their acting skills once again. For the last few months, the actor and actress have been to make an announcement, and Today, October 13. 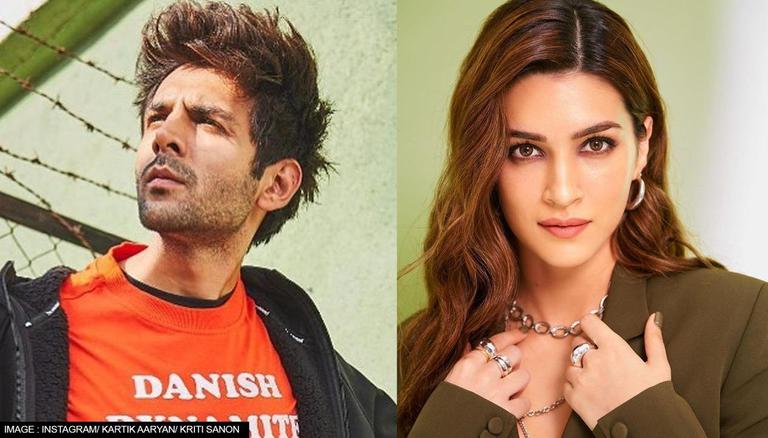 Kartik Aaryan and Kriti Sanon took the support of social media to announce their another project together. They both have last appeared in a Bollywood movie Luka Chuppi and now, the title of their next film is “Shehzada”.

After viewing the first poster of the movie, the fans are going crazy to watch their favorite star on the big screen once again. Kartik Aaryan last appeared alongside Sara Ali Khan in “Love Aaj Kal” and after this, he also released the first look of his latest movie “Dhamaka” which is going to release in a few days. The date of his movie “Dhamaka” has not been fixed yet but the rumors are surfing that the movie will release on Netflix near Diwali.

Not only this but Kartik is also working for his another movie “Bhool Bhulaiya 2” in which is going to replace Akshay Kumar from “Bhool Bhulaiya”. The star is ready to come with some amazing movies this year and now, another poster of his movie has been released on social media. Kartik and Kriti has worked together in Luke Chuppi in 2019 and after a long gap, they will appear in their next Bollywood movie “Shehzada”.

With a poster, Aaryan wrote a caption that reads,” #Shehzada. Duniya Ka Sabse Gareeb Price @kritisanon #RohitDhawan”. Along with this, he also made an announcement of the release date, and the movie will hit the screens on November 4, 2022.

On the other side, Kriti Sanon also took the support of her Instagram account and wrote,” Super Excited to be a part of #Shehzada. In Cinemas on November 4, 2022! Directed by #RohitDhawan”.

If we talk about the movie so, the Shehzada movie is another Hindi version of Bollywood as its original one was Allu Arjun’s Ala Vaikunthapurramullo which was one of the biggest hits of 2020 in South cinema. The movie was recreated for the Hindi audience. Butta Bomma was the hit of Ala Vaikunthapurramullo movie. Now, Shehzada movie is also featuring stars Manish Koirala and Paresh Rawal in supporting roles.

Well, the shoot of the movie will begin in Mumbai and Delhi in the upcoming month. Along with this, Kartik is also coming with his latest movies such as Dhamaka, Captain India, Bhool Bhuliayaa 2, and Freddy. On the other side, Kriti Sanon is coming with Hum Do Hamare Do, Bachchan Pandey, Bhediya, and Adipurush. The shooting for their movie is till continue.