A very popular Indian Telugu Television Series named Karthika Deepam is regularly entertaining its viewers. The series airs on Star Maa from Monday to Saturday at 07:30 pm. The show starts on 16th October 2017 and after that all the episodes of the series loved by the viewers. The show’s story lineup is very real and viewers want to see something similar to Karthika Deepam. The main characters of the show are Premi Viswanath and Nirupam Paritala. The show got the top position on the chart from the beginning. The show got lots of fame and popularity because all the personalities in the show are regularly giving the best and amazing performance. 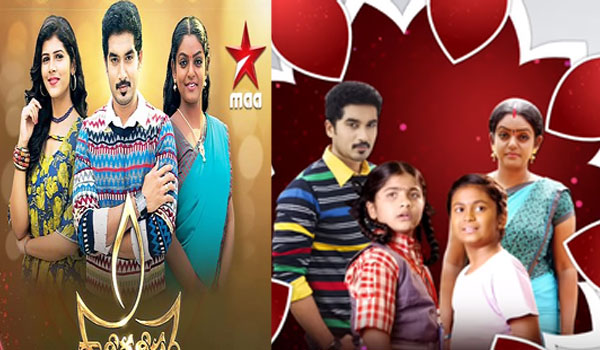 Karthika Long Conversation with Maunitha in the Beginning

The upcoming episode of Karthika Deepam starts with Karthik stunned Maunitha states that why Karthika stunned and said that you know that I am in love with you from the last 15 years and I said you everything about my love 10 years back. I always stand with you even you married. I buried my love and support you even Deepa betrayed you. She said I did everything for my love. After that Karthika asks her to sit and clarifies that Deepa did mistakes and I never accept her in personal life.

Later, Karthika said that I just want to know myself and I decide everything that my heart rules to me. Karthika also said that he had no feelings for her and he rejects her to marry. Maunitha reply that if he rejects her then she will die. Karthika clearly states that his daughter is more important to him. I have to regain trust in her and I live my personal life for my daughter. Later, he leaves her and requests to go to sleep after taking a meal. The upcoming episode of Karthika Deepam looking very interesting and all the fans are waiting to know the story of tonight’s episode.

Suriya sees Karthik reading the paper and she goes to Deepa and requests her to recount her own place and tell that she can no longer live like an outsider. Deepa reply to her that it is your decision to live here. Karthika Deepam is a very famous Telugu Television Series that is loved by many fans. It is the most-watched serial that has gained millions of fans across India and holding the position of one of the high TRP’s shows. It has been one of the favorite television series of people. They have shown a good amount of interest in the show and giving their love.