Recently, people got very genuine news of the arrival of a new film. So, Kangana Ranaut announced her next film that enhances the craze among the folks. Everyone knows that the madness among the audience to watch new films of Kangana is very high and millions of people all around the country are eagerly waiting to watch the upcoming movie. 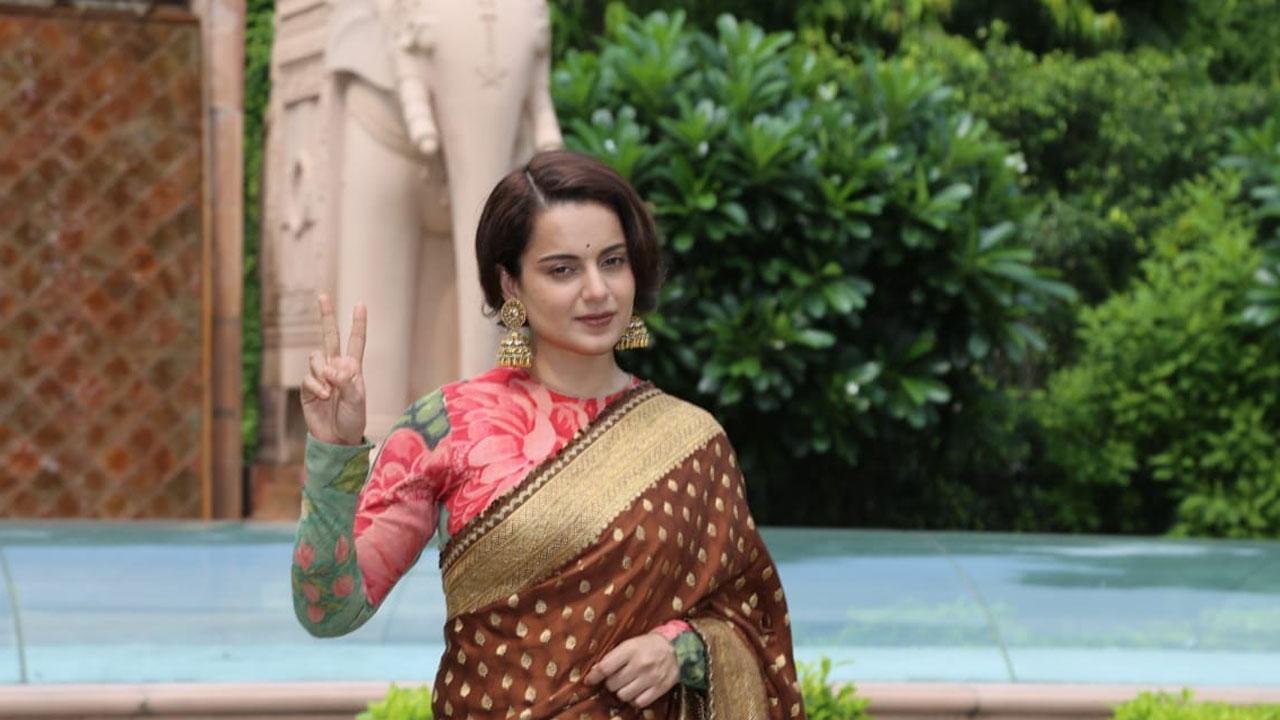 Just after the actress shared the poster of the movie, millions of fans post their comments on it, and they continue giving their ideas and thoughts after seeing the amazing poster of the movie. Let us also tell you that Kangana Ranaut has previously appeared in Thalaivii in which she portrays a very genuine and reputed role of former Tamil Nadu Chief Minister J Jayalalithaa.

Today, the actress has released the official poster of her upcoming project. Talking about the movie, it is directed by Alaukik Desai and the story of the anticipated movie has been written by KV Vijayendra Prasad.

While sharing the poster of the movie, Kangana Ranaut wrote in the caption that “The Incarnation- Sita Glad to be on board for the title role with this immensely talented team of artists. With the blessings of Sita Ram Jai SiyaRam”. Now, the film has been produced by A Human Being Studio and it will release in Hindi, Telugu, Tamil, Malayalam, and Kannada.

When the officials confirmed the arrival of the movie, many people eagerly waiting to watch the complete movie. The makers of the movie are also very excited to see the response of the audience.

The star cast of the movie has not been revealed yet but Kangana Ranaut is confirmed portraying the lead role in the movie. It will be actually very interesting to watch the full movie. The concept of the movie is also appearing exciting and amusing. Along with it, the makers choose a very perfect actress of Bollywood to play the lead role of the movie.

Let us also tell you that Kangana has Dhaakad and Tejas in the pipeline apart from The Incarnation Sita. So, all the fans of Kangana will be going to show a very genuine pack of movies in the upcoming months.