The most awaited movie in India is K.G.F. Chapter 2 that stands at its peak of success. After the release of the first chapter of the movie, a very huge quantity of people gone mad for the concept and the visualization of the movie. All the people who watched the first part or not watched are very extremely waiting for the second chapter of K.G.F. A very huge fanbase is created by the team of the movie. The acting, star casting, and the story of the movie are very fabulous loved by the entire people of India. The full form of K.G.F. is Kolar, Gold, and Fields. 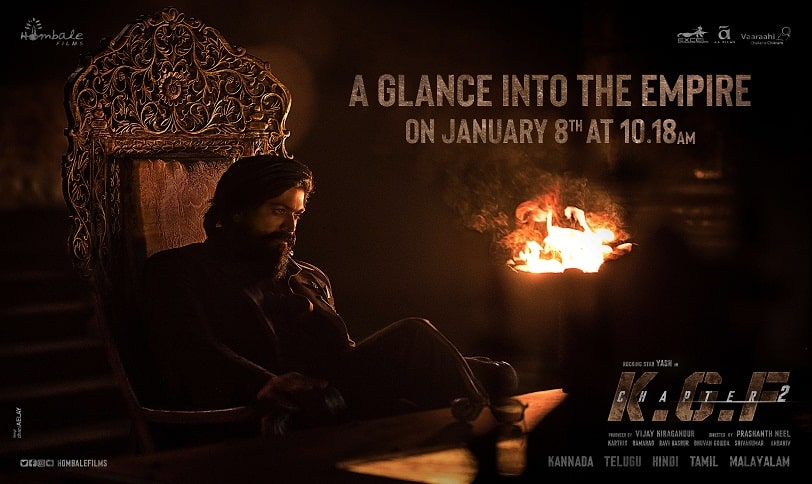 Everyone knows the story of the movie shows the life of a poor child who believes in ruling the entire world. The complete story of the boy is to show the character of a very dangerous goon. The lead role of the movie played by The Rocking Star Yash. Everyone knows that Yash is a very fantastic actor and known for his outstanding performance in various movies. He gives him many kinds of roles and entertains all the people who like to watch his movies. After he works in K.G.F. Chapter 1 then he titles as the superstar and his fan following jumps to its peak. Ariana Grande Fiance Dalton Gomez Bio Wiki Biography Affairs & Net Worth Images, Photos

Director Prashanth Neel announced on Monday that the teaser of the movie will be released on 8th January 2021. K.G.F. Chapter 2 is all set to release its teaser in which all the people can show the awesome performance of the star casts of the movie. The main leads in K.G.F. Chapter 2 are Yash, Sanjay Dutt, Raveena Tandon, and other famous and prominent personalities. All the personalities who worked in the movie are very fantastic and all the people are waiting for the upcoming chapter of the movie. Bigg Boss Kannada 8 Confirmed Contestants List With Photos Start Date Host Judges Schedule & Theme Details

The director of K.G.F. Chapter 2 announced on Twitter the release of the first teaser of the movie and said “A glance into the Empire. It might have taken a year longer for this, but we are coming stronger, bigger & deadlier! (sic)”. With the amazing information about the teaser, the makers released the new poster of the movie in which Yash sit on the chair and the release date of the teaser is mentioned in the poster. A very huge quantity of people are waiting for the teaser of the movie and also the movie is a much-awaited movie. So, if you want to know all the updates about K.G.F. then keep in touch with us.