Although some such videos are going viral these days, where teachers are shown wrong and perhaps some of their inappropriate videos are also going viral on social media, at the same time, a video of such a teacher is also coming out which has become an inspiration for all the teachers around the world. According to the sources, a teacher from East Orange Community Charter School is being called a hero after she came into action and saved a life of a student who was choking on a water bottle cap. 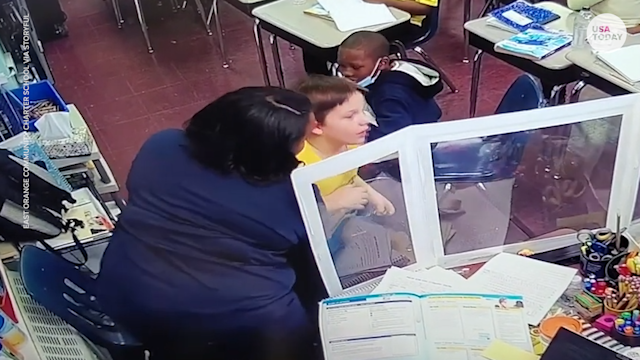 According to the sources, a teacher named Jeniece Jenkins from East Orange Community Charter School was captured in CCTV footage saving a student of the class who was choking on a water bottle cap. The video has been watched by millions of people around the world and those who watched the video appreciated the teacher for her intelligence at the time as she was not panicking and handled the situation comfortably. Jenkins told to media,” This could have been very tragic, but I’m glad it wasn’t”. She told this to Fox 5 NY morning program. Good Day New York. Now, the video has been circulating all over social media.

According to the sources, the incident took place on Wednesday, at about 11:15 AM, when a student was choking on a water bottle cap. The student is known as Robert Stonaker, 9. He was sitting on his desk and as we can see in the video that he was drinking water and trying to pour water into his mouth when he started choking.

Who Is Jeniece Jenkins?

The video shows how Jenkins is handling the situation calmly and helping Stonaker. The cap was dislodged and he was able to swallow again. At the end, Stonaker said,” I learned that I will not suppose to open the bottle with my mouth anymore”.