The entire world is fighting against terrorism. The United Nations also has engaged many times to remove the name of Terrorism from the world. Somehow, the efforts which have been put in by many strong countries such as America, Russia, the United Kingdom, and many more but in the end what we get as a result is zero. Similarly, a new attack has been reported in India. A woman teacher was pronounced dead in the attack by terrorists in Jammu and Kashmir, India. 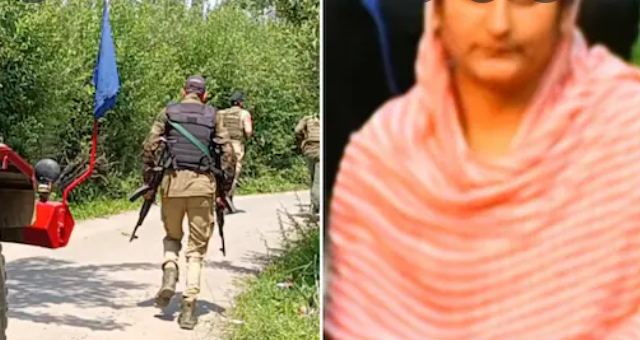 On the morning of 31, May 2022 has become the worst day in Indian history a school teacher passed away in an attack by terrorists in the south area of Kashmir. This attack was reported in the Gopalpora area of the Kulgam district in south Kashmir. Tuesday morning Kashmir Police received a call about a school lady teacher who was in a suspicious situation. The police and all the members of paramedical team arrived at the location.

The victim was a teacher at the Hindu School which is based in the Kulgam district, Kashmir. She was a resident of Samba which is in Jammu and her name is 36 years old. The Kashmir police have identified the name, Rajni Bala. At the initial stage of this attack, she was suffering from major injuries and she was not able to breathe properly immediately she was admitted to the local hospital where she was announced dead.

The concerned authorities and the team of Kashmir police who are appointed to investigate this case by the local government sealed the place with yellow tape and no one is permitted to enter this place without permission. According to Kashmir Police, this major crime has been committed by any terrorist but that has not been accepted by any group of terrorists.

She was a government teacher, Rajni lost her life in the attack which has been done by the terrorists. After this shooting, there are many questions which are circulated on social media platforms and many news channels. The safety issue is being asked whenever any political party enters the election. In the end, the results are the same.

The Kashmir police investigating this case and Jammu and Kashmir both are Union Territory of India where LG orders run the system local citizens of the locality are asking the govt and especially the Prime Minister of India Mr. Narender Modi solve do something on the primary basis.