A very Happy New Year is coming with a spectacular weekend in which some eye-catching reality shows are waiting to entertain all the watchers. One of the most amusing Dancing Reality show on Indian Television is India’s Best Dancer Season 2 which engages lots of love from the audience and makes everyone very curious to watch it. 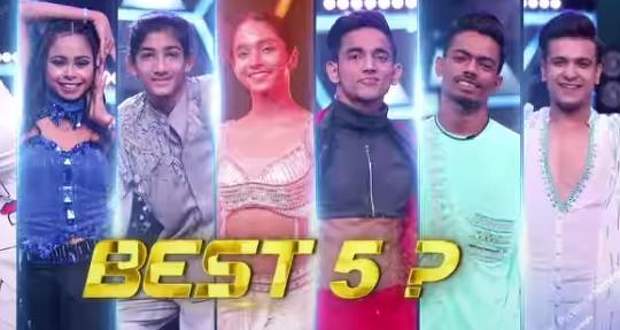 The episode contains some outstanding moments in which all the contestants are giving their best on the stage to make the entire environment highly anticipated for the audience. If you want to make your night very special with some unforgettable moments then tonight’s episode will be very exciting for everyone.

Now, the upcoming episode of India’s Best Dancer Season 2 will be going to entertain everyone by showing some great moments to all the watchers. The upcoming episode will come with some big faces in which Malaika Arora is also included and the judges totally grace the complete reality show.

The show will be going to put the audience to another level by adding some big turns and twists in which all the participants will going to show their exceptional and unbeatable performance on the stage to amuse every single people who watch the show.

The promo of the reality shows India’s Best Dancer Season 2 directly indicates that the new avatar of Zamroodh and Sonali will shock everyone as they both look very stunning on the stage. They both perform on a very beautiful song that makes the complete scenario very romantic for everyone.

They both perform on the song “Sajde” and increase the madness among the audience and judges to see them while performing together in very beautiful chemistry. The show is also going to pick the Best 5 contestants to take the show to another difficulty level.

Now, another performance of Akash and Tushar on the beautiful song “Main Deewana” will totally enhance the craze among the audience to watch their stunning performance on the stage. Along with it, some other contestants also entertain everyone a lot and make the entire show very exciting for the viewers.

Many people are eagerly waiting to watch the full episode that will be going to air tonight. If you want to watch India’s Best Dancer Season 2 then you just need to stay connected on Sony Entertainment Television at 8 PM.