On Thursday, another big and saddest news hit the internet: India Pacer Bhuvneshwar Kumar announced that his father Kiran Pal Singh passed away. The 63 years old person was under the treatment of chemotherapy for Cancer. Apart from cancer, the person had liver ailments also but the condition of Kiran Pal has become critical two weeks ago. It is very saddest news for all the people who love the cricketer Bhuvneshwar Kumar and many people also giving soulful tribute to the father of the cricketer. On Thursday, the cricketer lost his very strong pillar and support of the home. 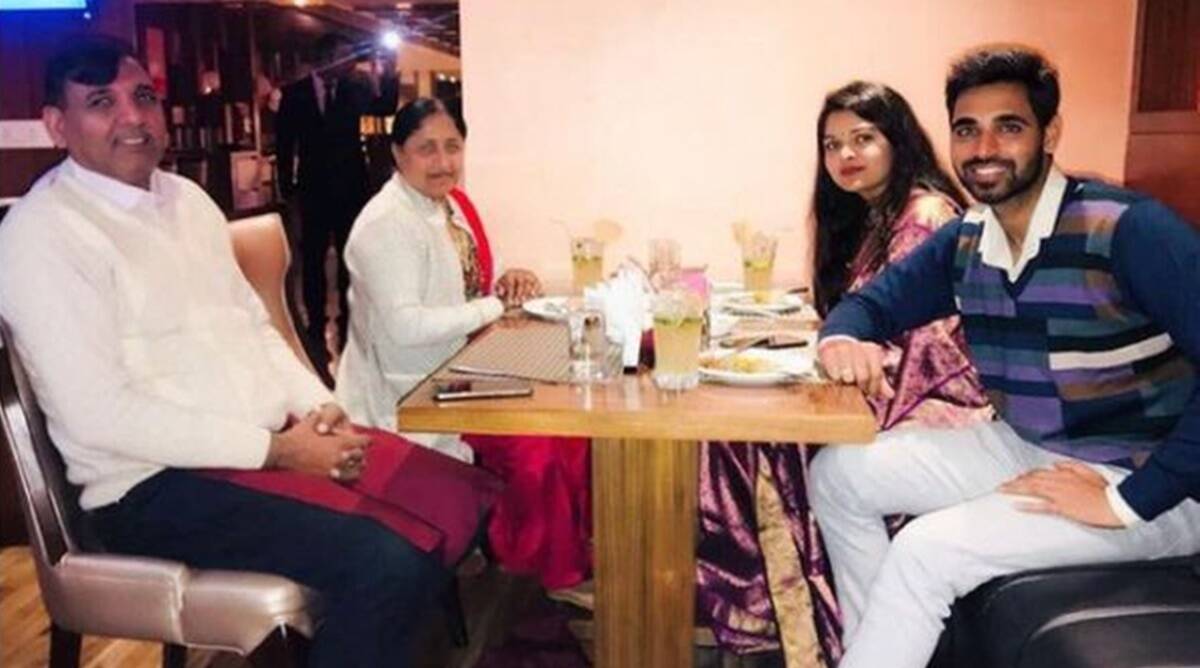 Let us tell you more information about the father of Bhuvneshwar Kumar. So, he was the former employee of Uttar Pradesh police for the role of sub-inspector. In September 2020, he got that he was diagnosed with liver cancer. At the time, Bhuvneshwar Kumar was playing the IPL in the UAE. He was at the All Institute of Medical Science in New Delhi. The doctor who took care of Kiran Pal was consulted from the UK. After the condition gone more critical then he was shifted to a hospital in Ganga Nagar in Meerut. Just after two days, he was discharged as he took his last breath in Meerut.

In the end, he was survived by his wife Indresh Devi and son and daughter Bhuvneshwar and Rekha respectively. Because of this reason, Bhuvneshwar Kumar was no picked for the England tour in which the World Test Championship final and a 5-match test series will be going to play against England. Now, Bhuvneshwar Kumar is not able to go to the England Tour to play the series and the final match. Now, the cricketer is not playing the ongoing tournament that going on in England.

Our deep condolences to him and his entire family because they lost a very important person in the family. Now, the entire family is suffering from a very tough time in their life. Kiran Pal Singh was the former Uttar Pradesh Police officer who lost his life in the battle of cancer and liver ailments. All the people who know about him are very upset and praying for his soul. Bhuvneshwar Kumar is a very reputed cricketer who suffering from a very deep feeling of sorrow. So, if you want to know more information then stay connected with us.