Being an Indian celebrity comes with a lot of fan buzz. The actors and actresses of Bollywood in turn, know just how to stir their fans’ curiosity. From their phones to their private life, the media wastes no time in updating the public on their favourite superstar’s lifestyle. 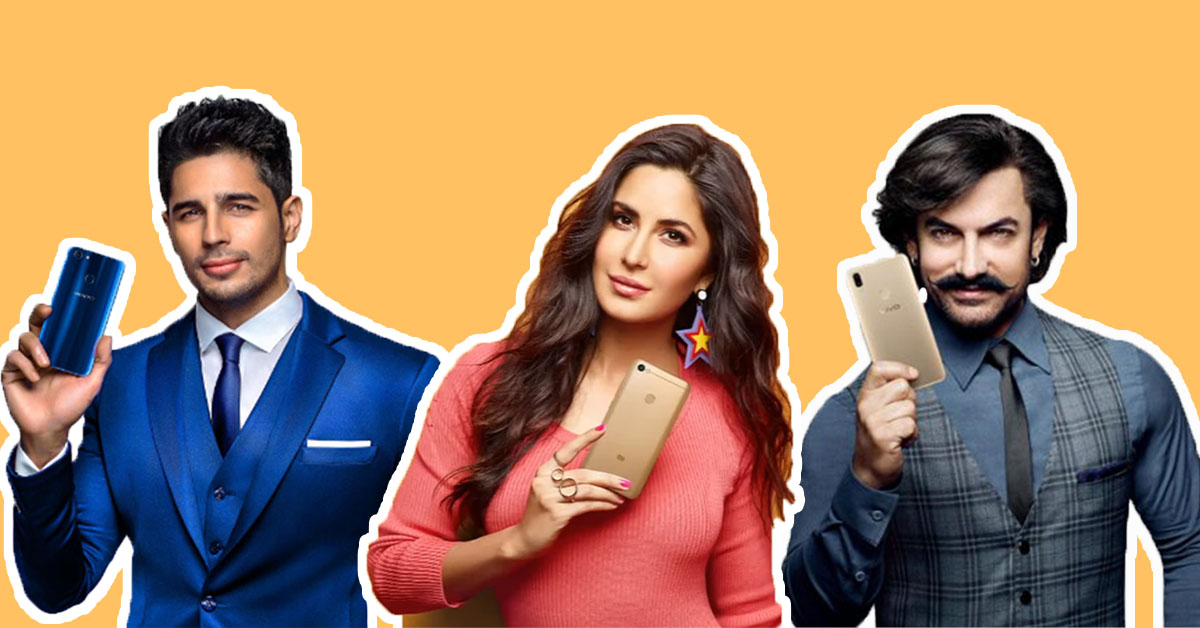 As a result, we see mobile phone brands take advantage of this trend. Each brand capitalizes on these Bollywood celebs’ fame to sell their products. In turn, Indians try out those products. This especially benefits the game and sports market. This is because most Indians are passionate about gaming and watching sports. On these phones, Indians find assorted games such as arcade, puzzle, and mobile casinos for Indian players.

Let’s have a look at some of your favourite Bollywood celebrities and the mobile phones they endorse, shall we?

Fondly called King Khan, Shah Rukh Khan is a major fan favourite of Indians. He is widely known to be enthusiastic about Blackberry when it was in vogue. However, in more recent times, his mobile gadgets include the iPhone and an iPad.

Ranveer models for the Vivo brand and does quite a good job promoting the brand. He was also featured on a music commercial and it turned out to be a hit.

The Gionee phone brand proudly has Alia Bhatt as an ambassador. We’ve seen her ads and promotions about the Gionee S6 phone. It turns out to be a pretty sleek camera phone with expert selfie qualities.

The star actor seems to find convenience in the simpler Blackberry phones at the time when those were in vogue. Salman is often captured at his shoots and conferences with his dear Blackberry at that time. He is also known to love iPhones, and since Blackberries are no longer popular, we believe he is more into iPhones these days.

The adorable actress used to endorse the Lyf Earth 2 phone brand. She was also an official brand ambassador of Lyf Smartphones at that, as well. The desi actress is also known to have strong links with Nokia. At the period, she was well known to update her social media with the Windows phone.

This celebrity also used to be a Blackberry enthusiast. It’s easy to see why. The mobile device features a powerful OS and it was pretty slick for its time. Blackberry is also perceived as a more secure device, hence its preference. Ranbir Kapoor did a good job ramping up Indians’ interests in the Blackberry product at the time.

She endorses the Vivo V5 camera phone. We’ve seen Deepika in Vivo commercials testing the camera’s quality in group selfies. That commercial stunt is expected to excite fans into trying the phone out for selfies, as well.