France comes into headlines after a terrorist attack at a church by shouting “Allahu Akbar“. The attack at a church on 29th October 2020 in the afternoon. The official said that it is a terrorist attack and the attacker killed a woman with two other people. Today, in the French city of Nice an attacker beheaded a woman and killed two others. Later, the police detained the attacker and while detaining him the police had to shot him once. After the attack, all the public in the locality was afraid but the police promised security to everyone and there is a deep guard in the surrounding area. 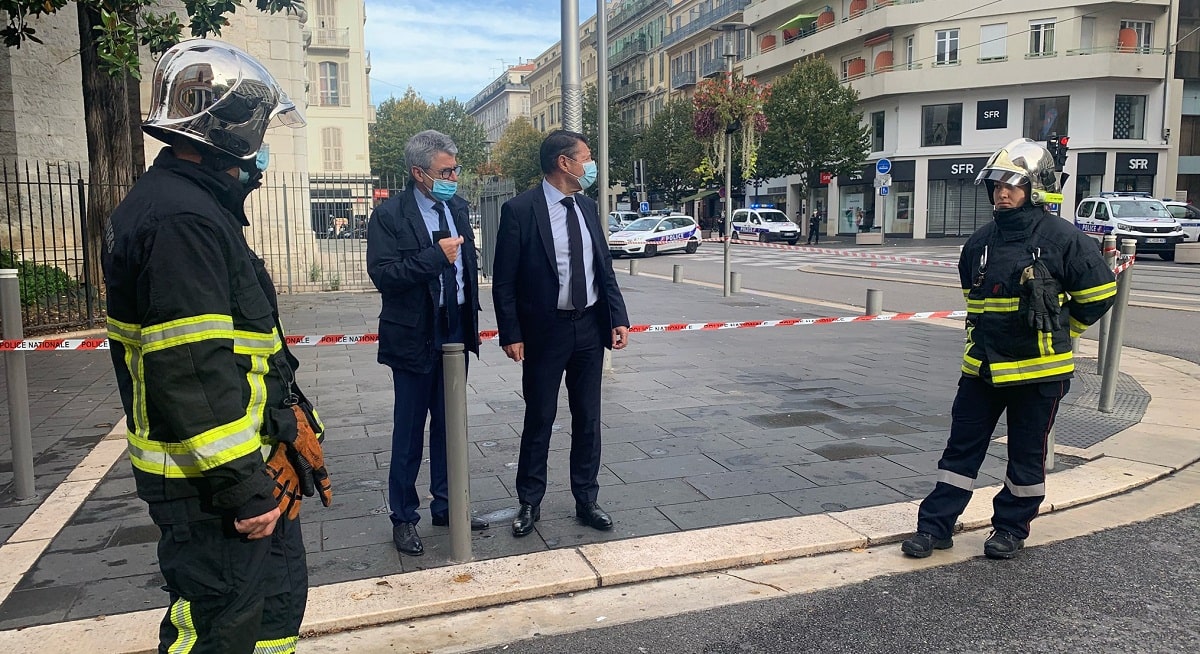 The Mayor of Nice describes the attack as a terrorist attack

The mayor of Nice, Christian Estrosi has described all the incidents and also called the France Attack a terrorist attack. Estrosi said that “The suspected knife attacker was shot by police while being detained, he is on his way to the hospital, he is alive”. After that, he also said that “It’s time now for France to exonerate itself from the laws of peace in order to definitively wipe out Islamo-fascism from our territory”. The police confirmed that three people died in the attack and several were injured. The police said that all the victims had been killed in a horrible way.

The French Anti-Terrorist Prosecutor department starts investigating the attack and soon it will find from where the attacker came. The representative for the Muslim Faith of the French Council condemned the attack and said that “As a sign of mourning and solidarity with the victims and their loved ones, I call on all Muslims in France to cancel all the celebrations of the holiday of Mawlid.” All the people were shocked and pray for the victims who passed away today in the attack.

The National Assembly of Paris gives solidarity to the victims

The police said that the attacker was detained and now the French Anti-terrorist Prosecutor will find the place from where the attacker came to attack. The mayor of Nice describes the attack as a terrorist attack because the attacker shouting while killing “Allahu Akbar” In Paris, during the National Assembly all the people observed a minute’s silence in solidarity with the victims. Many people in the French are praying for the three people who were killed in the knife attack.

Actor Faraaz Khan Passes Away at the Age 46: Death Cause, Wiki, Bio