Here we are sharing a written update of the most prominent show. This show is running with the great TRP on television. The latest episode starts with Arayan thinking he knows Imlie is planning something, but he will make sure there won’t be any problem in Arpita’s engagement because of it. He announces a dance performance and requests guests to come to the dance floor. Imlie tries to leave but he holds her hand and walks looking at her. Ek Duje Ke Vaaste.. song plays in the background. They dance together. She says whatever she is trying is for Arpita’s betterment.  Aryan says then she should feel this is good for Arpita; She says that she can feel the goodness of Sundar and the badness of Uday. She says if he has remembered when she gets happy now he has remembered when Arpita feels happy how does she look. 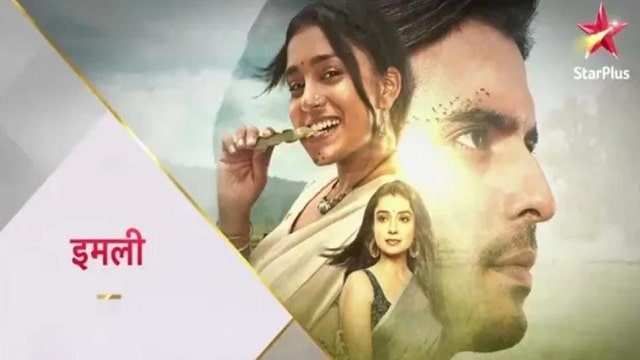 Imlie looks at the ring and engagement will not occur without a ring. She gets a call. Aryan over the phone orders the jeweler to deliver the ring within 15 minutes and thinks Imlie cannot win over him. Imlie reaches the bus stop and finds Sundar leaving Delhi. Imlie asks him if he give up on his love. Sundar says she must have got engaged with him.

Imlie shows his engagement ring. Sundar says he can’t change the truth. She says that love is not a weakness love is strength. Aryan gets a new ring and asks Narmada to give it to Uday. When Arpita is going to put the ring on his finger but her hand started to tremble and the rings fall down. Sundar notices an old couple begging and giving money to the lady. Imlie recalls Uday misbehaving with the same lady and walking to her.

The lady discloses that she is the mother of Uday. After that Imlie enters the house with his parents Uday, then Narmada asks Uday about them. Uday says they are leeches who sucked his blood and wasted his money. Parents say he took away all their wealth and business and ransacked them.  Uday use missed words for his parents and Imlie warns him not to say them. Uday angrily calls her worm of a dirty drain and tries to slap her. Aryan holds his hand and slaps him back, leaving everyone shocked. Episode ends.