Here we are back with another written update of the latest episode. This show is running well with good TRP on television. According to the promo videos show is going to be very interesting and entertaining. The latest episode starts with Seth saying now Aryan will see his spouse dying with his eyes. Arayan shouts and Imlie’s hands get tied with chains. Goons put her inside a car in between poisonous gas. Imlie sees that Seth’s goons are beating Arayan very badly. She gets emotional seeing him and cries. Aryan falls down and thinks he can’t let go of another loved one from his life. 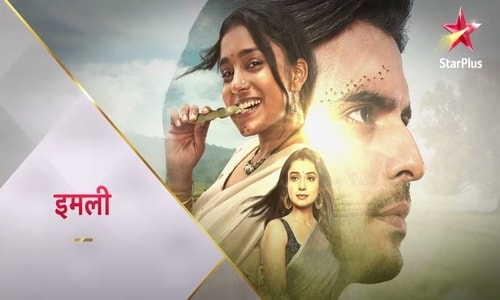 He says Imlie is facing this situation because of him. Men beat Aryan and he gets unconscious. Imlie shouts his name and says he has to stand up for his family and partner. Imlie faints then he gets up with all his strength and starts beating the men. He goes towards the car and breaks the chains and the car door. He saves Imlie and lifts her up. Aryan says Imlie to open her eyes. he looks at her and crays. Seth runs towards them with a stick and tries to attack them but Aditiya comes and stops him. Aryan cries and his teardrop falls on her face. Imlie opens her eyes and then Imlie as him is fine.

She hugs him and then the police come and arrest all those criminals.  Aditya gets disheartened and Tripathi asks him why he didn’t inform them before leaving. Aryan thanks Aditya for saving them on time. Aditya says Arayan also saved him last time and he was just returning Aryan favor. Imlie says now Aryan should return the favor.

Arayan says sorry to Aditiya for all the misunderstandings and troubles him without trying to know the actual truth which Imlie did so easily. Aditya says it was his job to find the truth as Arvind was troubled because of him and he also apologizes to Arayan and they shake hands. Imlie gets happy seeing them together. She tries to take him to a doctor but he stops her saying he thoughts he gave her options but she does everything for her family and saves them with her strength. He troubled her a lot and now he doesn’t want her to stay in this relationship of marriage. So she goes far away from him. She gets upset and emotional hearing him.