Imlie Today Written Episode Update, June 2nd 2022: We are here with the written update of Imlie 2nd June 2022 Jyoti asks Aryan if you should join everyone outside but Aryan denies it and says Imlie will know that he is upset. She tries to create a misunderstanding between both and says, Imlie is confused that how she can be pregnant if you are infertile, and she points Imlie and Madhav are now getting more close. Aryan in return replies that he trusts Imlie more than anything, She will never break anyone’s trust, and if she again tries to create misinterpretation between us, he will not mind breaking the old bond with Jyoti. 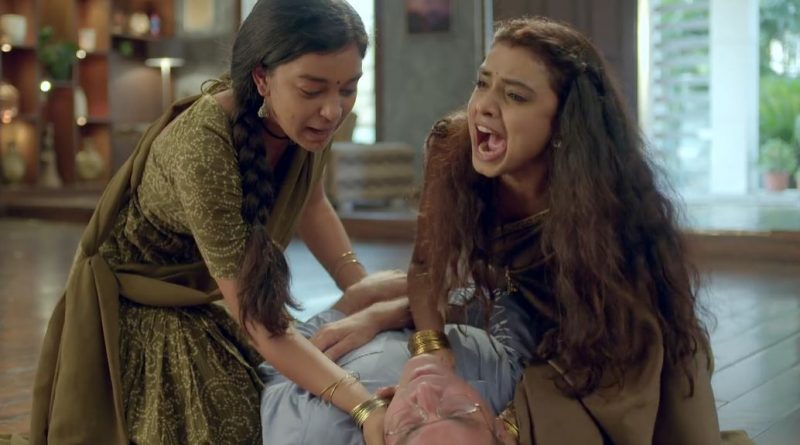 Aryan goes to Imlie and she was giving ladoo to Madhav. He asks Aryan what is he doing here, Aryan tells him this is his home too. He then gives him the sweet and he accepts it. Jyoti feels jealous that he didn’t get affected by whatever she said. Jyoti try again to mislead Aryan, but he left saying he don’t want this drama again. Imlie then asks Aryan to eat another Ladoo for his child, but Nila starts taunting her that she is behaving like a child, and how she will carry that child.

Imlie then started thinking what if she can’t take the responsibility for her child if she also gets careless & childish like me. Gudiya asks Neela how she looks, after applying the face pack, Nila gets angry and says she is wasting her time, their every plan is getting flop, and now she has to do anything. Nila tries to provoke Narmada by saying she is working outside during her pregnancy but Sundar comes and tells her, Imlie go for a morning walk.

Jyoti now visits Aryan’s office in a search of an archive room, she then asks the employee and tells them, she needs some articles for some research. She hears that employee appreciating Madhav that how he did the whole sting operation alone, he says Imlie helped him. He sees Jyoti and asks her what she is doing here, she says he wants his help.

She then asks about their sting operation, He tells that Imlie planned this whole sting operation and suddenly get asleep. Jyoti then gets an idea that how she can use this thing to make Aryan against Imlie. Tonight’s episode will come with lots of amazing twists and turns and fans are too excited to watch the upcoming episode of the show. So, let’s wait for tonight’s episode to know about the story of Imlie. Keep in touch with to know more daily updates.