Imlie 9th june 2022 Written Episode Update: Here we are back with the written update of the very popular show. This show is running with the goo TRP on television. This is a very interesting and entertaining show. According to the promo videos show is going to be very interesting and entertaining. The show began with Imlie with her team covering a children’s cultural event. She asks Raghu why is he assisting her usually he assists Mahesh and Madhav assisting her. He says that Madhav and Mahesh are busy. When seeing talks to the kids at that time Harry watches her from a distance hiding behind the tree. 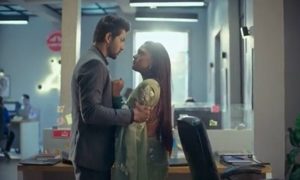 He tries to shoot her. But he sees that several people are standing in front of Imlie and the camera is all around. He calls to the Jyoti and tells that how can he shoot her. Jyoti warns him that if he doesn’t kill her, he will never get rid off her. He shoots in the air, everyone gets shocked to hear the firing voice. Imlie feels excited and starts dancing to think that she can’t go from there. Arpita, Narmada, Nila, and Gudiya watch her dance stunned. Imlie 9th june 2022 Written Episode Update

Harry feels guilty for shooting at the kids coming under Jyoti’s pressure. Police reach there and send them to their home. Imlie stands panicked. Raghu gives her water, he asks is fine. she says that she is fine.

Madhav and Aryan talk to each other Aryan asks about the sting night operation. Madhav tells that she was injured that night but she doesn’t want to info him because she doesn’t want to disturb him. Arayan asks for the truth, Madhav says that he did;t wrong with Ilie Imlie is an inspiration for him and she is a friend he never can wrong her. Aryan fires him from the job and says get out to him. Police come to arrest him but Imlie refuses the allegation, which was charged against Madhav.

In the episode, you will see that Imlie reveals that she was injured during the stig operation, and she hid from him because she doesn’t want to make him worry. On the other hand, Jyoti calls Hary feeling ecstatic but her mood spoils after learning the bullets didn’t Imlie as she had hid behind a table with the kids.

#imlie
This time again both are doing things, but for each other!
So if you watch the episode without trying to find who’s wrong and who’s right, you’ll be satisfied!
For me, it’s a situation where i can’t choose one! And I’m loving it! I understand BOTH! #AryanSinghRathore

Jyoti said Harry to kill Imlie anyhow while Harry gets tensed but refuses to do this, that he doesn’t want to kill someone innocent. She reminds an old incident in which she had run over Vrinda and threatened to do the exact to his loved ones if he does not do as she says. At the lat harry agrees to hear his threatening words. Episode ends. Stay tuned for more updates.