Imlie 7th June 2022 Written Update Episode: We are back with the latest written update of a very famous show Imlie. This show is running well with the good TRP on television. According to the promo videos show is going to be very interesting and entertaining. The latest episode starts with Madhav falling down while holding the broken chair. Imlie called the name Madhav. Aryan sees and gets angry. He starts to beat him. Imlie gets shocked to see this. She asks what is he doing. He says that he thought that Madhav was trying to hurt her. Madhav says he can’t hurt Imlie because she is his first friend in Delhi and she belongs to his village. Aryan says to Imlie that she should be careful. 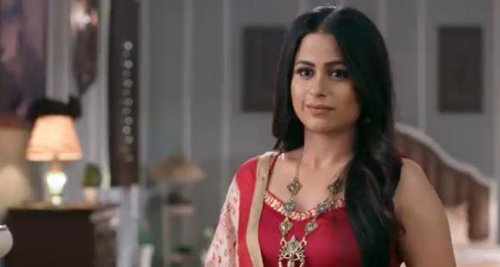 Imlie says he didn’t appreciate Madhav for the work he did in the Employee Appreciation Award Function, he was able for this. She says that he has some issues with Madhav. Aryan says Madhav just recently joined the job he is a new employee. Imlie says he has completed 3 projects with honesty and hard work. Aryan says he was helping himself not Imlie. Imlie 7th June 2022 Written Update Episode

Imlie says that he cannot be selfish as wants to touch the heights of Success With His Hard Work. Aryan says he is selfish for you. Imlie asks him to trust Madhav, but he tries to avoid the topic. Imlie says he should treat all his employees equally. He calls Jyoti and asks for the footage where Madhav is taking the medicine for imlie, which is sleeping pills. Jyoti gets tensed about how she will arrange the fake footage. She asks for help from someone. Aryan and Imlie don’t talk to each other. Aryan wants to ask about the night of the sting operation.

He thinks that Imlie has not remembered anything and Madhav is not saying anything about how he gets the answer to the question because he can’t be a father then how is it possible that Imlie is pregnant.

He asks her for a date but she refuses to say that she has not mod to be fall in the muddy pool. He kisses her cheek and goes. Next, you will see in the show that Imlie feels the shadow out of the room. She is scared to see the shadow and screams. Aryan rushes to her room and asks her that is she fine and he goes out to check.

She asks to call if they have seen anyone here. Aryan finds a man in the living room and grabs him by his collar. Stops him and says he is her husband. Jyoti tells him about Madhav that he has also come into the house Imlie called him. Episode ends.