Imlie 10th June 2022 Written Update: Here we are sharing a written update of the very famous show Imlie. This show is running with the great TRP on television. People love to watch this show. According to the promo videos show is going to be very interesting and entertaining. The latest episode starts with Aryan saying Imlie’s gut feeling was right when he was lying to her, Imlie thinks Aryan should not doubt Madhav then. Jyoti gets stunned to hear that and she tells him that Imlie spreads positivity so positive things happen with her only. Aryan recalls Aditya, he says not every time this world does well to good people and Imlie tolerates a lot. 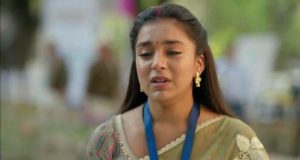 Harry says sorry to Jyoti to fail to kill Imlie but after all the efforts. Jyoti says he is not a real man but Aryan is. Harry says to Jyoti that how can a real man pointing a gun at on pregnant lady and kids make him a real man? Jyoti calls him a failure then Harry gets angry and says he will kill her to protect the world from her. She shows the photo of Nargis, then he gets helpless again and jot says him t obey her. Imlie goes to meet Madhav and the latter thinks that he is a not so much stylish man doesn’t mean anyone will say anything to him. Imlie 10th June 2022 Written Update

He opens the door hears a knocking sound and finds Jyoti and Harry. Jyoti offers him a 10 lakh cheque saying it can be his does if we do what she will order him. Madhav refuses to accept the money and says he can’t cheat Imlie and Aryan. Then Jyoti orders him to harry beat him. He beat him with the stone. Imlie comes and she founds Madhav is injured and she sees the cheque. She thinks about who has given this.

Imlie comes to the house and all got to know about Madhav’s condition. Aryan says the company will all the expenses. Imlie gets happy that Aryan has no issue with Madhav but he says he will take revenge. Imlie says why is he doubting Madhav because she didn’t remember about the sting operation night. She says she has not forgotten anything about the night. She says he is doubting Imlie’s character to doubt Madhav. He refuses that he is not doubting her character for a second.

Before idli mud scene cheater confessed Malini that he was involved in EMA and claimed she is not his wife. When satyakam came to know he is married to Mal
and was involved with #Imlie usne use jamin me gar diya tha. #Arylie
Malini is cheater ko jail me kyu nahi dala😭😭😭 pic.twitter.com/wiO4shvonE

She says that he has to agree that is Aryan’s baby. He says it is not possible because he can’t be a father. Imlie tells Aryan that she will not let him punish Madhav as before also he was not right about Aditya and troubled him. She will break his adamance. Aryan and Imlie leave. Episode ends.