India’s popular reality show, Hunarbaaz is back with another episode of the weekend where we will get to see some amazing stunts, dance, magic and another type of activities. Every contestant is giving their best to reach the final stage of the show and it seems that the show has engaged huge publicity in recent days. Every weekend, the show comes with popular celebrities of different industries. We have already watched the performances of the contestants in the previous episodes and now, the upcoming episode will bring one more popular celebrity on the stage tonight. 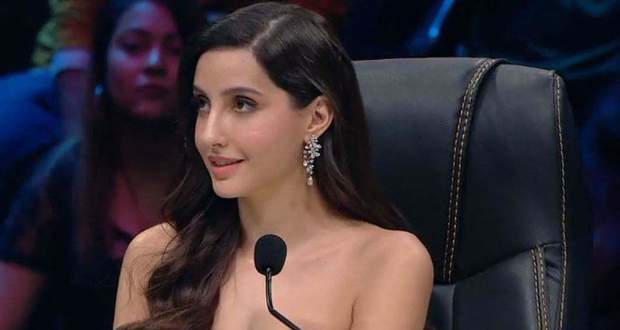 It will be interesting to watch the next episode of the show because of the beautiful actress and dancer of the Bollywood industry whose hotness can even burn the stage. Yes, Nora Fatehi is coming on the stage and she is going to grace the show with her hotness and dancing moves. Along with this, Nora’s dance moves will force all the judges to dance on her beat on the stage.

Even, Nora’s entry has taken place with Mithun Chakraborty. They both danced on the stage and increase the temperature once again. As we know that actress Nora Fatehi is well-known for her dancing moves and her song “Haye Garmi” is one of the popular hit songs in the industry. Her dance steps became a trend at a time among her fans.

Well, the latest episode will begin from where the last ended and it seems that the actress is going to grace the stage with more funny moments with judges. Along with this, we are not going to miss any single performance on the stage of Hunarbaaz but despite of this, Nora says to Parineeti that she found someone for her. Pari gets excited and an unknown man comes on the stage who acts like Saif Ali Khan.

Later, Nora says that Parineeti is the biggest fan of Saif and also, the person is, there is too many similarities “Wow” and once again, the stage laughs over their jokes. Well, Nora will light up fire on the stage with her dance performance with contestants. With this, many laughs at after hearing Bharti says that Dada and Nora can do this dance on the stage.