Indian love to watch some anticipated shows and serials on the screens and there is no dearth of such shows here. Well, Hunarbaaz is one of the top trending and popular shows of the Indian TV in which, people like to support and watch the most entertaining contestants, judges and hosts. Well, there is one more surprising news for the fans of Hunarbaaz. According to the sources, Naagin 5 fame Surbhi Chandna is going to be a part of the show from upcoming episodes. Yes, Surbhi Chandna will be the part of the show from the upcoming episode. 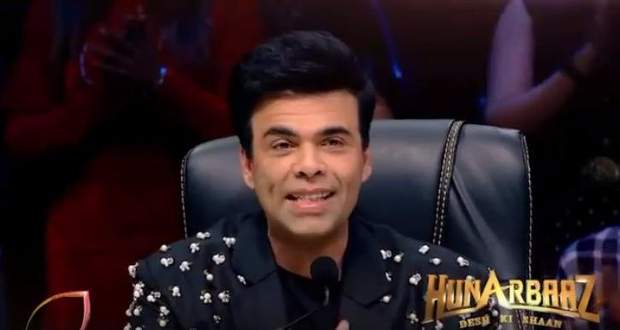 Well, she will not give her appearance as a guest or a judge but Surbhi is hosting the show. Well, the actress is going to fill up the space of Bharti Singh, who was hosting the show from the beginning. Recently, Bharti Singh became a mother of a baby boy and for taking care of him and herself, she is going for a break. Along with this, Surbhi Chandna opened up about her excitement about becoming a part of the show and working with Haarsh Limbachiyaa as a host.

Now, the upcoming episode of Hunarbaaz is all set to entertain the watchers after the latest promo videos shows the incredible performances of the contestants who have been entertaining the audience with their amazing wonderful appearance on the stage. Now, the next episode will be telecasted tonight, in which, one of the prominent and the all-time judge, Geeta Kapoor will be the special guest of the show tonight.

According to the latest promo videos, the Indian choreographer will be a part of the show and gave her appearance in Saturday’s episode. Along with her, Indian film star Abhishek Bachchan and Yami Gautam will also give her appearance on the stage of Hunarbaaz. Let us tell you that the actor is coming with his new Bollywood movie Dasvi for the fans. The movie has been released on April 7, 2022, on popular streaming platforms Netflix and Jio Cinema.

Many fans have watched the entire movie and left positive reviews over the movie. Many fans are excited to watch the latest episode where Geeta Kapoor can be see saying that it is enough for today and maybe, she should leave this stage right now, suddenly, everyone gets shocked. But, Mithun Da stands up from his seat and dance on a beautiful song to stop her, and even, Geeta Kapoor dances with him and grace the stage. Many more things will be appear in the upcoming episode so, get ready to watch the latest episode tonight.