Huawei is going to release the P20 series phone at an event in Paris on March 27, 2018. The P20 series include the P20, P20 Lite and P20 Pro, whose designs are rumored to be leaked. The notch and the color variants of the Huawei P20 series phone look similar to iPhone-X. 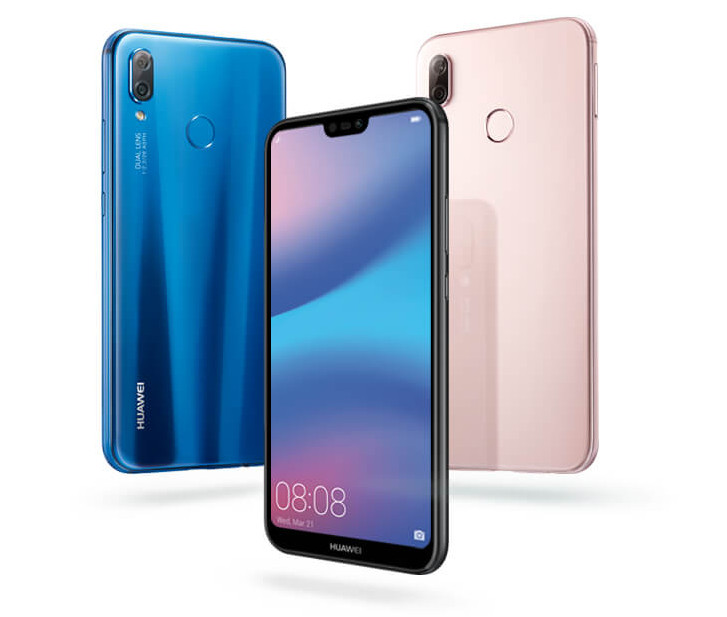 The trend of the notch has gripped all the Android industry. Roland Quandt of WinFutureshas revealed a series of information. It has been confirmed that Huawei P20 series phone has iPhone-X type notch on the top of each phone display. The model will come with a 16-megapixel camera or 24-megapixel camera. The renders state that the P20 may get available in a series of color variants range from black, pink, and pink-gold. P20 Lite will be in black, blue, and pink color. The P20 Pro may get in black, blue and in a  Twilight color which will attract many people.

The display notch which is present in the P20 series is smaller than that of the groove present in iPhone-X. This says that Huawei will not be installing sensors like infrared or dot projector. The front camera of the phone will be used for face unlock. Evan Blass has confirmed that the rear of the P20 Pro will get a triple rear camera with a maximum resolution about 40-megapixel. WinFuture said that one of the cameras would be a monochrome sensor while another camera will be a telephone lens which is capable of 3X zoom. The rear camera of the P20 will have an aperture of f/1.6 and f/2.4.