One of the most awaited news that Hostages season 2 is on its way to make you experience a new thrill and suspense. As you all must be in the swim that this web series has won thousands of hearts. Today we will let you know about the star cast, storyline, and also release date so be in this article till the end if you keen to know because here you will get all of your answers. 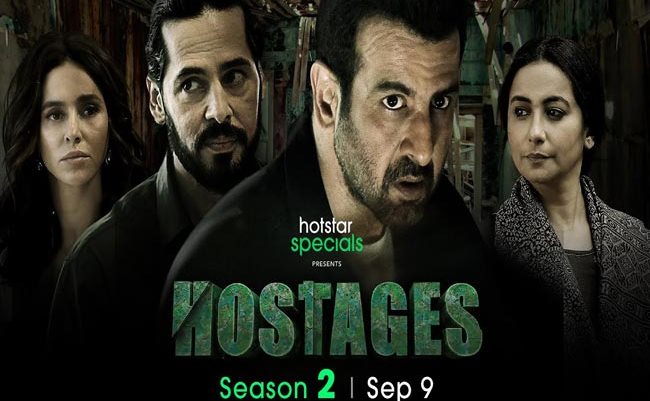 Hostages is an Indian crime thriller web television series that is directed by Sudhir Mishra. Hostages is an adaption of an Israeli series that have the same name. This is available in seven Indian languages and you can watch its first part on Hotstar. The first season had 10 episodes, in the first season, you have watched staring Ronit Roy, Tisca Chopra, Parvin Dabas, Aashim Gulati, and other.

If we talk about the story so as you have watched that this is a Crime – thriller based story that is an adaption of an Israeli web series. We would like to tell you that the makers of this have released a teaser of this web series and the teaser got more than 13 million views with more than 17 k likes. Teaser has also created havoc due to ita audience have become more excited.

If we talk about the Star Cast so this time you will be watching the same as you have watched in its first season and also including  Kanwaljit Singh, Divya Dutta, Dino Morea, Shibani Dandekar, and Shweta Bose. but this season also can be a come back of several artists such as Dalip Tahil, Surya Sharma, Aashim Gulati, Anangsha Biswas, and Mohan Kapur.

If we talk about the story so the story revolves around a man who is in a race to save her wife and in this he made some unwanted plans that start ruining his life and he took the wrong way. Hotstar officially announced that the Crime thriller series will be soon on your screen on Sep 9, 2020, on Disney+ Hotstar. Stay tuned for all the further updates…