The Japanese Motorcycle manufacturing company, Honda Motorcycle and Scooter India (HMSI) launched the CB200X today in India at the ex-showroom price of Rs. 1,44,500 (ex-showroom, Gurugram). Now, the customers happily book their favorite one because the company has started accepting the bookings for the Honda CB200X which is now open for all the customers in India. 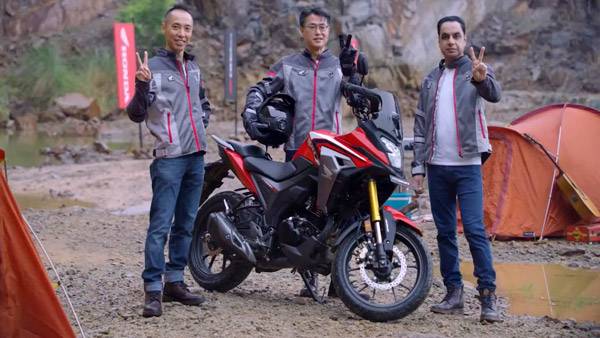 Also, the motorcycle will available in showrooms or dealerships from the next month. It is a Honda CB200X adventurer-tourer bike for the customer and also for those, who love to ride this kind of bike on hills. Well, the motorcycle was launched for the rival of Hero XPulse and Royal Enfield Himalayan at affordable prices.

The launched model of Honda came with the same 184cc PGM-Fi engine which is also used in Honda Hornet 2.0. Along with this, the engine produced a maximum power of 17bhp and a peak torque of 16.1 Nm. The motorcycle is paired with a five-speed gearbox.

The model is equipped with USD forks at the front side and rear side of the wheels, which are based on a diamond-type steel frame. Along with this, the alloy wheels are shod with special tread pattern tires which are 110mm front and 140mm rear. While 276mm of the disc in front and 220mm disc in the rear are available in the bike.

Well, the model also comes with some excellent features including LED lightings in the bike including its headlamps with position lamp, LED Winkers, and LED taillamp. Also, the bike will available in a fully digital liquid crystal cluster. Some of the unique and special features are hazard switch, 810mm seat height, 12L tank, Single-channel ABS, under the cowl, and upswept exhaust.

Now, the Honda CB200X will available at the price rate of Rs. 1,44,500 (ex-showroom, Gurugram). With this, the customer will get to purchase this bike in multiple colors options like Pearl Nightstar Black, Sports Red, and Selene Silver Metallic. To know more updates related to the sportbike, stay tuned with us, we will update you with the latest updates of the bike.