So, the chairs have started to turn now as Fitz is back in the game. In the last episode as showed that how Fitz finds out the guy who sent his friends into the future and he himself travels to the future with the help of the same guy named Enoch.

In this episode, Fitz and Enoch go to the exhibition being hosted by Kasius. On the other hand, the Kree have harvested some of the youth for the unplan Terrigenesis. A kid Flint successfully passes through the Terrigenesis and taken into hiding by Yo-Yo. Flint’s friend Tess gets killed for Flint’s disappearance. On the other hand during the dinner with all the bidders, Fits proves himself to Kasius and earns his respect so that he can save Daisy, Simmons and his other friends. The first exhibitions held between May and Ben which results to may being sent to the surface and Ben being killed for lying to Kasius while the interrogation in episode 4. While Grill the bad boss finds out the team hiding the captive until Flint saves everyone by using his new powers of controlling the rocks. The arrival of Kasius’s brother makes Sinara (Kasius’s right hand) fight Daisy. During which Fitz and Simmons trick everyone and escapes with Daisy. 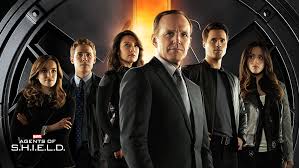 exciting end to the day well I think the reunion is going to be Fun filled with action. Stay tuned till the next episode airing on January 12, 2018