Delhi Municipal Corporation’s largest Hindu Rao hospital was surrounded by chaos when the report of one health worker working there, came out to be positive. However, the entire hospital was sanitized on Sunday after receiving reports of corona positive. At the same time, the Bada Hindu Rao Hospital was kept completely closed for a day. After the necessary checks being done on Sunday, the Hospital has restored its services from Monday.

The noticeable point is, at the time when the nurse found positive, there were 170 patients admitted in the hospital, who are now being screened, as the infected nurse was working at different departments in the hospital for the last 2 weeks. Also, 52 people who came in contact with the corona infected nurse in one way or the other have been identified. 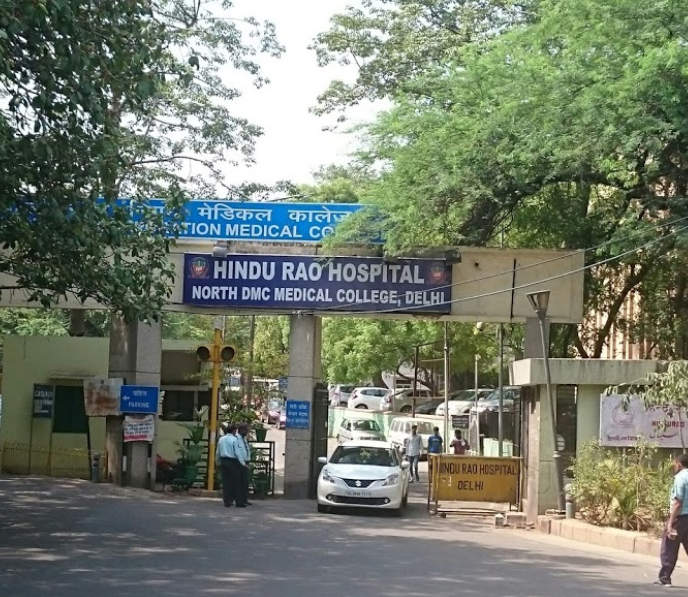 Out of which the samples of seven people have been sent for examination and the samples of the remaining people were taken on Monday, till then all the people remained in quarantine. Nurse Corona’s infection at the Northern Corporation hospital was confirmed on Saturday. After which the administration stopped all services of the hospital with immediate effect.

After the sanitization process on Sunday, the OPD services of Medicine, Gynecology and Pediatrics, including the emergence of the hospital, have been started from Monday but kept for a limited number of patients and with limited admissions. The NDMC Commissioner Varsha Joshi informed that these services have been started here with at most precautions.

The doctors association of the hospital has written a letter to the medical superintendent of the hospital regarding their safety during corona treatment. The letter said that all doctors should ensure the availability of PPE for saving them from Corona. Also, if a corona is found in a doctor, it should be treated properly. Also, the doctors doing duty in Corona ward have asked to arrange hostels in the hospital.

At the same time, apart from doctors in many hospitals of Delhi, nursing and other staff have also been exposed to corona infection, which is being treated in various hospitals. It is worth noting that Delhi is third in the country in the case of Corona Cases, after Maharashtra and Gujarat. And this kind of carelessness can increase the risk of spreading the virus to other people as well as ruin the efforts of the people working for it’s cure.