Indian popular actor Aparshakti Khurana is all set to entertain you again with his new upcoming Zee5 movie. The actor is coming in a lead role with his upcoming latest movie titled “Helmet“. The trailer of the movie has been released on the Internet and the movie is earning positive reviews from fans and watchers across the nation. 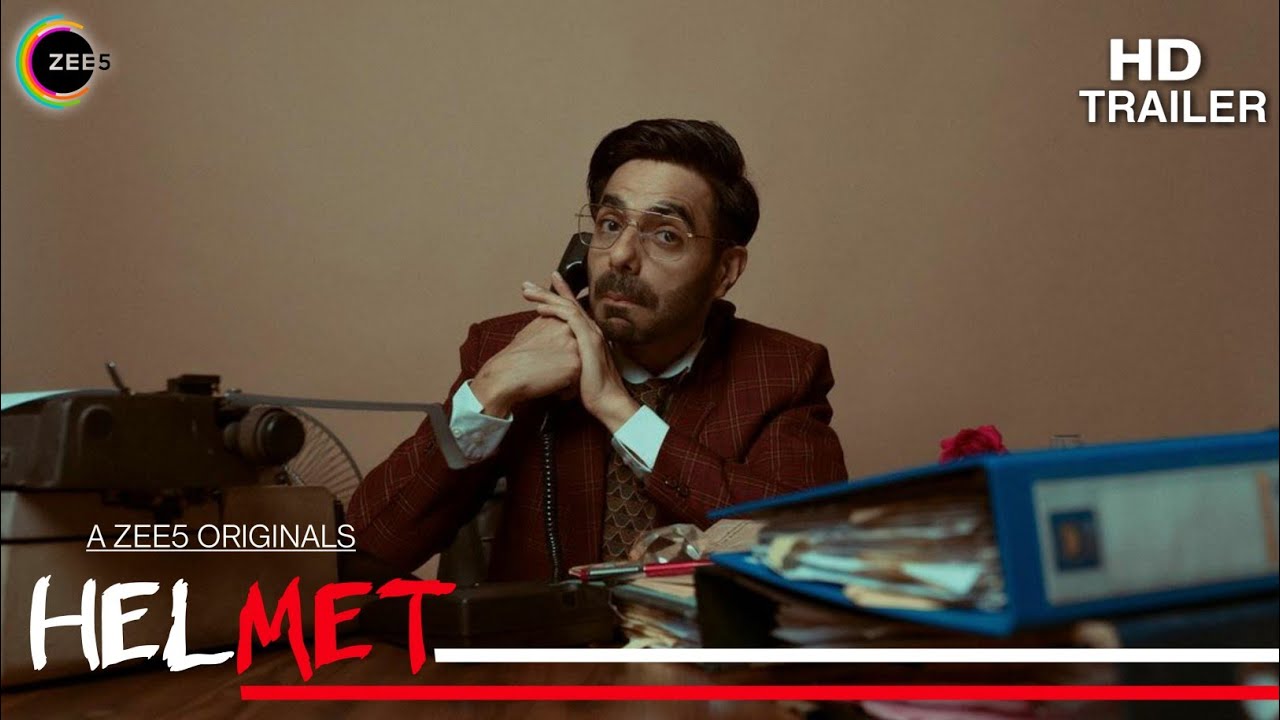 The trailer was released on August 18, 2021, on Youtube and the movie will take its hit on the Zee5 streaming channel. After watching the trailer, it seems that the movie is going to be on its high on comedy and funny scenes that will make you laugh.

Along with the trailer, the concept of the movie looks more interesting where three friends create a plan to capture a truck that will be loaded with full of items or goods. Three friends in the movie featuring Aparshakti Khurana, Abhishek Banerjee, and Ashish Verma.

The interesting and funny concept of the movie is attracting many fans and watchers. Also, the makers have announced the release date of the movie but due to the Covid-19 pandemic, the movie is going to be premiere on popular Indian streaming platform, Zee5.

After watching the trailer, you can easily understand the concept and story of the movie. Where three friends are facing financial problems in their life and they plan to capture a passing truck at night that will be loaded with many goods and items and there is no security for the truck as well. When they capture the truck o good that turns out to be boxes of condoms. Now, they have a full-loaded truck of condoms and they decided to sell it in their area to the common people and to those, who feel shy to purchase from the shop.

The entire movie has amazing comedy as we can see Aparshakti Khurana has the lead role and he has already done this kind of role in their previous and again, the actor is back with two more friends.

The trailer has been released and the premiere date of the movie has also been announced so, the movie will hit the Zee5 screen on September 3, 2021. You need a subscription package of the streaming platform to watch this comedy movie and maybe, fans are eagerly waiting to watch this epic one.

The movie is directed by Satram Ramani and produced by Dino Morea. Along with Aparshakti Khurana, Pranutan Bahl, Anurita Jha, Ashish Verma, and Abhishek Bannerjee will be seen in the lead role. Pranutan will play the role of Aparshakti’s wife in the story. So, let’s wait for the release of the epic comedy movie.