Another great news for the entertainment lovers who are waiting to hear a new song that is totally awesome for all. The name of the much-awaited song is “Dil Melt Karda” from the upcoming anticipated film Haseen Dillruba. The song released today and many people across the country are eager to hear the beautiful song which features some iconic and prominent faces. After the makers release the song, the excitement level among the audience doubles, and millions of people watched the song instantly. Now, the song already gets many views, and also it is getting much love from the audience. 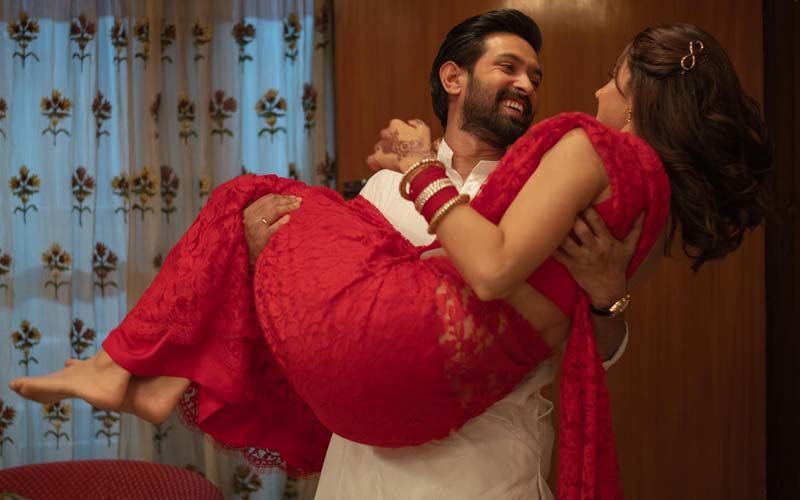 In the video, we see very stunning chemistry between Taapsee Pannu and Vikrant Messy. Yes, they both appearing in the song in the lead roles because they both going to portray some pivotal roles in the movie. The song was sung by Navraj Hans & Nikhita Gandhi and composed by Amit Trivedi. The song was written by Varun Grover. In the movie, Taapsee played the role of Rani and also appearing in very different stylish avatars. In the video, the makers show the life of both the lead characters Taapsee Pannu and Vikrant Messy. Vikrant portrays the role of Rishu who is the husband of Rani.

While releasing the song on social media, Composer Amit Trivedi shared the song on his Twitter handle and wrote “This peppy song will melt everyone’s heart. Watch #DilMeltKarda Song out now! Tune in”. Before the song, the makers already released the trailer last week which also get much attention from the audience. While the makers released the trailer of the movie then Taapsee shared in an interview that she was not the first choice of the makers to play the lead role but when all other options were exhausted then it came to her.

She said that “I am glad I got to experiment with my look and performance with this one because I am definitely not the go-to person for this kind of character conventionally”. If we talk about the movie then it was directed by Vinil Mathew and produced by Aanand L. Rai, Himanshu Sharma, Bhushan Kumar, and Krishan Kumar under the banner Colour Yellow Productions, T-Series, and Eros International. The release date of the movie Haseen Dillruba is 2nd Jule 2021 and it will be releasing on Netflix. The song of the movie has been released and gaining lots of love and appreciation from the audience.