Debunked: Are Hareem Shah and her husband arrested in Turkey?: There have been reports that point to the arrest of the famous couple. The couple is consisting of Hareem Shah and her husband Syed Bilal Shah. They were traveling and were on board a flight to Muscat. The reason for their arrest has been stated to be the possession of a huge amount of gold and foreign currency. The reports say that the couple was carrying those resources with them as they were traveling. Follow More Updates On UptoBrain.com 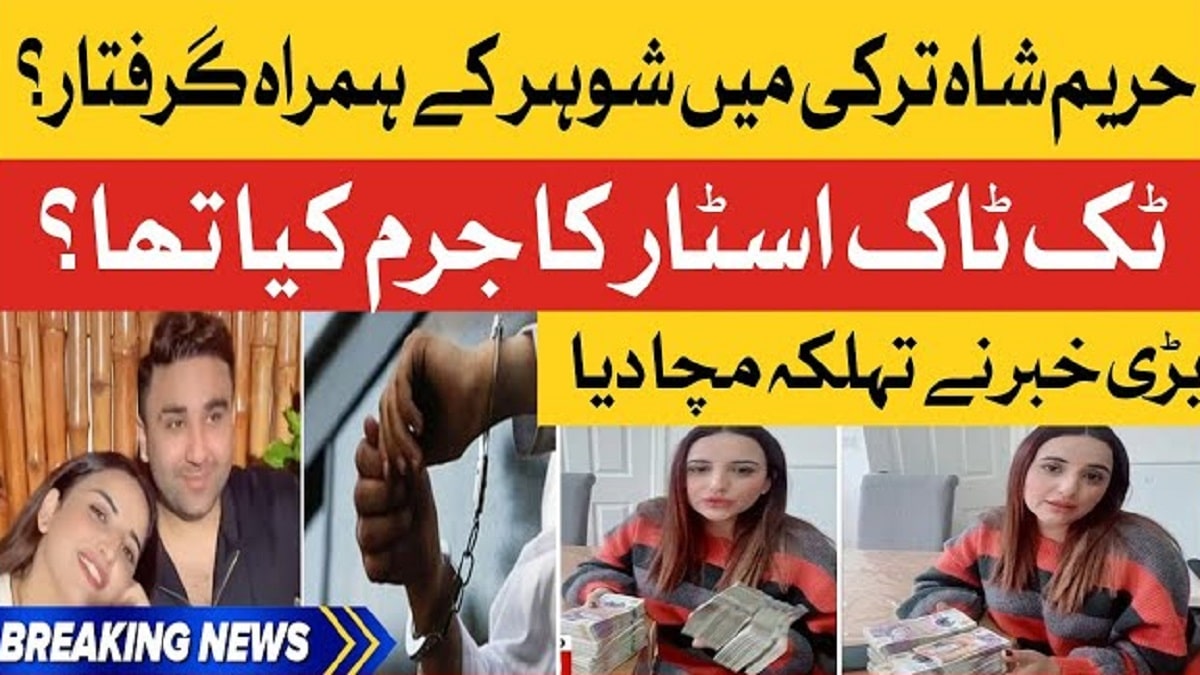 Hareem Shah and her husband arrested

Hareem Shah is a TikTok star and a very famous online personality from Pakistan. She is known to be involved in a lot of controversies even before this incident. She has denied that there was no arrest in Turkey and that they were all just false allegations. There were rumors spreading on the internet that Hareem and her husband were arrested in Muscat for possessing resources illegally and then traveling along with them. The resources were said to be gold and forex as were recovered from the couple.

There was an interview in which Hareem had denied that were no such developments and there was no arrest for them. Her family said that the couple is currently in Turkey and they were living as a happily married couple there. They were also confused as to why the rumors had started spreading. This must have been to take away the peace of the couple, as stated by the family. This is quite obvious as they are only concerned for the well-being of their family members.

There were also sources that say that there were no plans for going to Muscat in recent days, so it is not clear how the couple was arrested at the airport, as they were not even there. If you have been following the online personality then you might have some clues to their well-being. However, they have not yet been active on the internet so, we cannot conclude anything based on that. We hope that they soon come online and clarify things to their fans. This must have been worrisome for them. Let’s see how it will play out. We will give you any updates on the case as soon as they land and are confirmed from the official sources.