Bharatiya Janata Party BJP which is the most influential Political Party right now. Head of the party is Narendra Modi who is current Prime Minister of our country. He took many drastic decisions and which shook the whole country in one minute. That is why some people became the follower of Modi and some went to against of Modi. This will show the impact on the decision of the common people on the time of elections. Recently, on 17 February the poll was held in Gujarat and the results are out now. 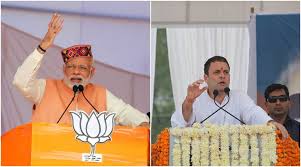 Bharatiya Janata Party and the Congress, these two huge political parties are the major parties who see the main clash in the elections as the followers of both Political Parties are in the same number. On Monday BJP successfully won 47 seats out of 72 Nagarpalikas, while Congress managed to seek 16 out of 72. Still, Congress played well as compared to the last time and Congress was badly kicked out of the politics by Bharatiya Janata Party and Aam Aadmi Party. NCP won 1 seat, BSP won 1 and the independent candidate won 4 seats. The results are still awaited in 6 constituencies.

Who Took Part in The Gujarat Municipal Poll

Municipalities have total 529 wards and total seats that were available for the poll were 2116. Candidates fought for this number of seats in Gujarat.

Who Is Ruling Gujarat Municipal Poll

As expected, BJP is ruling the Gujarat Poll as Modi belongs to Gujarat and he did a lot of work for his people there. BJP is having the rule on 59 out of 75 municipalities there. Turnout is good for all districts but Rajkot is said to have the lowest turnout at 50.17 percent and Dahod has 76.67 percent (the highest)