Google has promised to launch its new product in the market along with its flagship handset. The Google Pixel Buds A-Series has been officially launched at Google’s new truly wireless earbuds. Google has introduced its first-ever earbuds in 2019 and it was an affordable version of the Pixel Buds that were available last year. The new A-series earbuds has also some similar features to last generation Pixel buds. There will be the same 12mm dynamic drivers that were available on the last model. The Pixel Buds A-Series has a battery backup of up to 24 hours. The Pixel Buds priced around Rs. 13,100 in the sale last year. 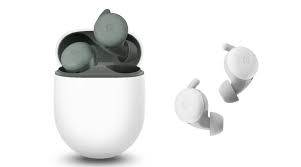 There will be a 55% of difference in the pricing of Pixel Buds and the new Pixel Buds A-Series. The difference between the price of Pixel Buds A-series and Pixel Buds is more than 55%. Google has also confirmed this after tweeting last month. Google has claimed that this new A-Series will prove the clear and natural sound along with the Bass Boost. There will be the benefit of the charging case that will charge the earbuds three times. These earbuds will be IP64 rated which is water and sweat-resistant. The key benefit is the noise cancellation and the clear sound.

The microphone will make you focus on the voice when you are on call and it will cancel the noise from outside. You can operate the Google assistant while using A-Series earbuds. If talk about the design, Pixels Buds A-series has sharp corners which will also impact its pricing. There will be wireless charging support and the volume up and down feature will be controlled by tapping on the earbuds. You can also receive the calls after one tap on the earbuds. It will adapt the feature of increasing and decreasing the sound after the settings will be done with your handset. There will be Bluetooth v5.0 connectivity in A-series Pixel Earbuds.

The earbuds will offer more than 40 languages when using in a running device onAndroid 6.0. A-Series measures 20.57*29.21*17.53mm and it weighs 5.10gms. The last generation earbuds were slightly weighted as compared to A-series earbuds. The earbuds will comfortably fit in your ears and you can use them while jogging, running, and workout in the gym. The price of earbuds is yet to be disclosed by the makers but it will slightly be a bit high as compared to last generation Pixel Buds. To know more about this article stay connected to us.