A horrific incident was reported in which nine people including six students and their golf coach died. It is heartbreaking to hear the passing of the students of the Southwestern University. According to the sources, the accident occurred when the University’s women’s and men’s golf students were returning back to their home from a match when a pickup truck crossed the centerline of a two-lane western Texas and hit their moving van. The cause behind this horrific incident is unknown and it has not been clear how the pickup truck crossed the centerline without any reason. 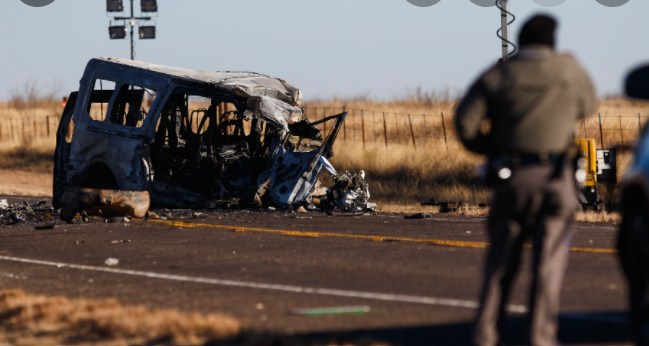 The pickup truck of the University was carrying the students in New Mexico collided with a pickup truck. The accident took place on Tuesday night, March 15, 2022. The news was confirmed by law enforcement and the university. Since the news of the accident of the students came out on headlines, their family members, loved ones, and the entire university is mourning and expressing their deep condolence on social media. After the accident, both vehicles caught fire, said police. Along with this, the University confirmed the passing of the head coach, Tyler James who was killed in this collision.

Both drivers and passengers of the pickup truck died on the spot, confirmed by the Texas Department of Public Safety. Seven passengers out of nine from the passengers truck were killed including Tyler James (head coach), said University through an official statement. On the other side, two students of the University were taken to the hospital and they both are in critical condition.

Henrich Siemens (38) and an unknown boy who was 13-years-old killed in another vehicle. Many people paid tributes to the students who were killed in this accident.

A post shared by Zulema Garza on Facebook wrote,” My heart goes out to the families of students/Teachers who lost their lives in the tragic accident. May God give the families and friends Comfort, Strength, and Peace in their time of sorrow. Also prayers for healing for two who were injured and their families”. Many posts can be seen on Facebook who are paying tribute to the students.

The whole university has broken after learning the passing of their talented and shinning students of the University. It was heartbreaking for those who know them personally and love to stay with them. They will be always remembered by their loved ones and families.