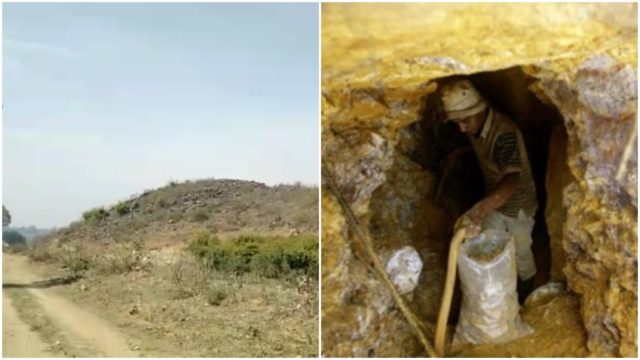 As we know that India was called as Sonchiriya because of the wealth and gold it possessed. So the Britishers came to India and tried to grab most of the wealth which was lying under the ground. But then we Indians got freedom and tried to build our nation as strong as possible. Most of the gold and treasures are still hiding deep down which can make India wealthy and developed. The good news which we all are getting is that geographers have found 3000 tons of gold from the sonbhadra district in UP, India.

Gold found in Sonbhadra district of UP

Geological Survey of India was on this project from 1992 and finally found several gold deposits in the areas of Son Pahadi and Hardi. The shocking news is that the gold’s estimated worth is Rs 12 Lakh Crores which in turn is the huge huge amount and will make us the second largest reservoir of gold in the world. The U.S. is on the top position by having 8,133.5 tonnes of gold which is followed by Germany. If the gold is extracted carefully then it will be the biggest achievement for India as already the whole world’s eye is on us after this news.

Sonbhadra is the second largest district in U.P adjoining Madhya Pradesh, Bihar, Chhatisgarh, Jharkhand. The value of Gold found in Sonbhadhra UP. Except Gold, many other precious metals are found. Potash, Uranium is also found in the mine. UP has literally got the jackpot. One controversy is that maybe this area comes under the forest department but it will be undertaken by the government and soon the extraction process will start.

Four Terrorists Killed In An Encounter At Panjran In Jammu & Kashmir