The world is evolving right in front of our eyes and global changes are felt by every person in one way or another. Just 20 years ago cellular communication was seen as a marvel, while video communication, instant transfer of data, cloud storage and general involvement of digitalization in our daily lives were notions straight out of science-fiction. Today, all of these notions are ordinary and common. 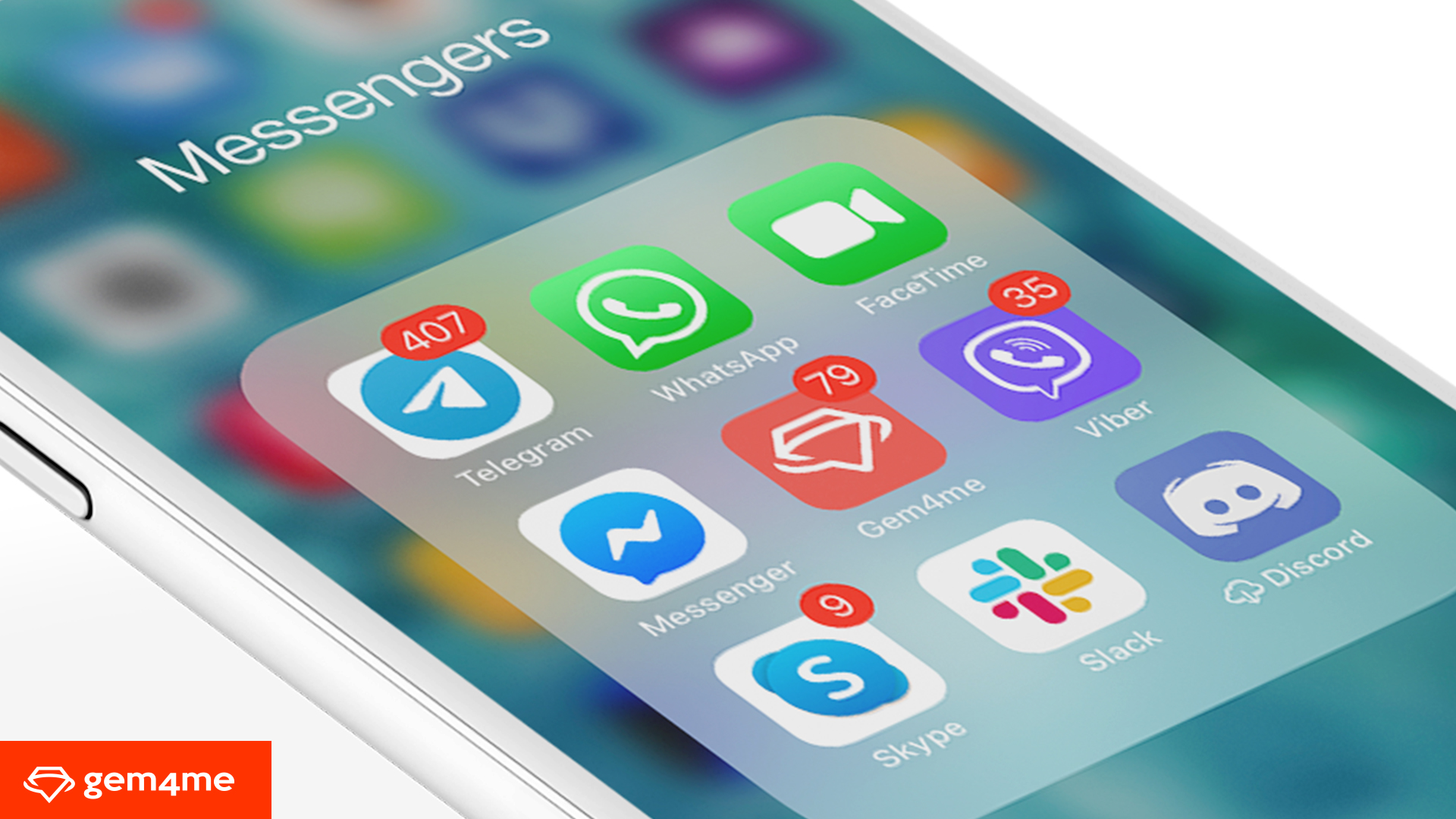 Some are worried and scared by these processes, while others welcome changes and further development, build stable businesses in combination with the latest trends and realities. At this time, the number of such companies and entrepreneurs is low – the digital economy combines approximately 25% of the world’s total economy, yet this number is steadily increasing. How does the Gem4me project relate to the global changes and fits in the transition?

The article is prepared by Valeriy Ostrikov (CEO, member of the Board of Directors of Gem4me Group of Companies)

Modern Economy and the World

To begin, let’s turn to history. The largest economic and political crisis of our time – The Second World War – served as the initiating jolt for the new wave of technological revolution. It touched all the areas of the economy– from agriculture to medicine and science-intensive technologies. On average, development of the world’s manufacturing was continuously moving forward and upwards:

Crises. A Curse or a Necessity? 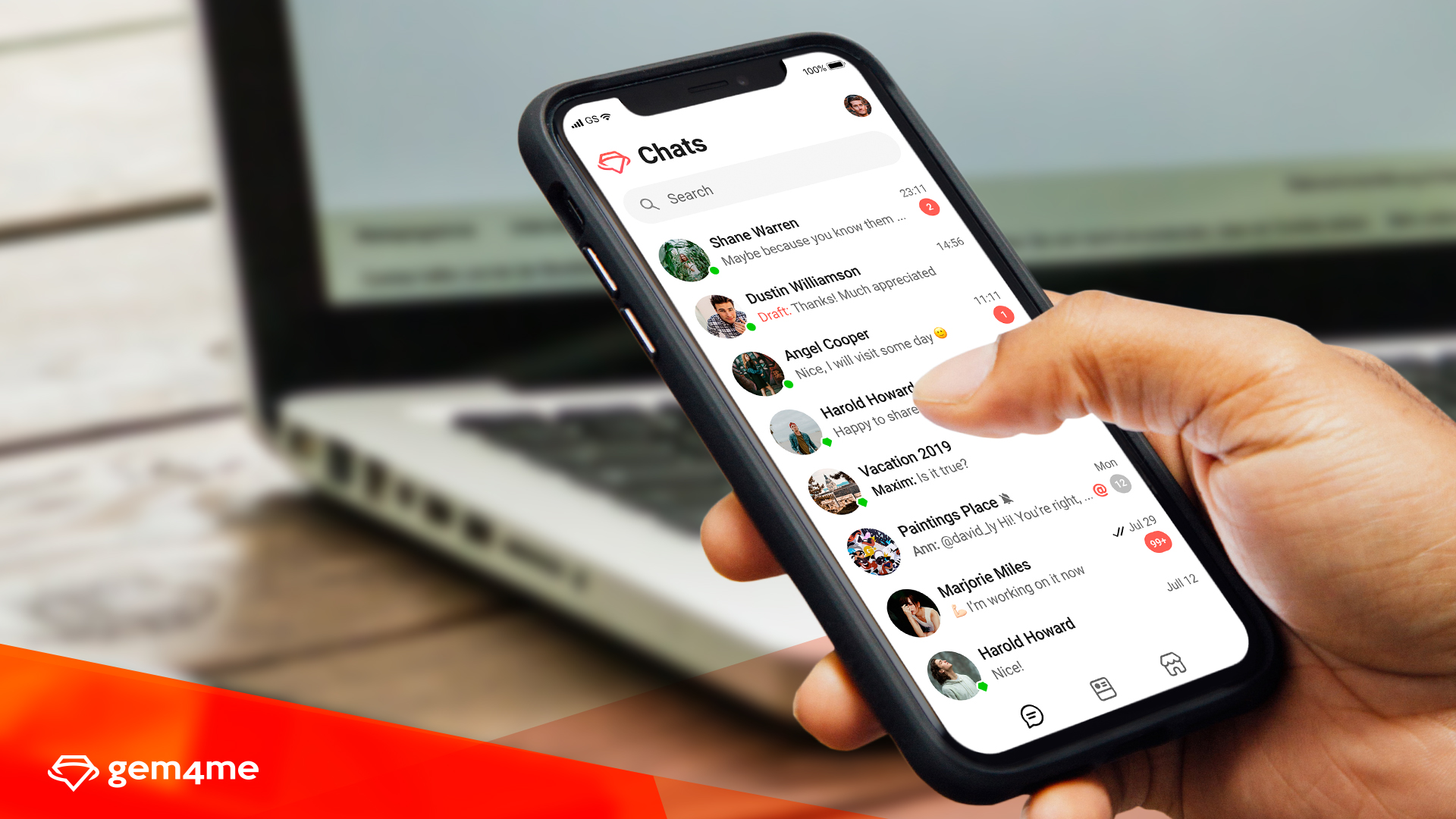 The “Logic of “Black Swan” makes what you don’t know much more important than what you do know. Think about it, most “black swans” emerged in the world and shook it precisely because no one ever expected them.” (с) Nassim Taleb.

However, unfortunately this is just one side of the coin. Everything has its advantages and disadvantages. The general growth of the economy was accompanied by societal crises and a high level of instability throughout the world, international conflicts. For example:

The economy is similar to a live organism. Crises are the mechanism of its self-regulation.  “Over the past two decades the process of total globalization has been slowing down, while the transition from neoliberalism to a new form of capitalism has emerged, the end of the “welfare state” of the 20th century and the onset of the era of the “state of complicity”, in which people must take individual responsibility for their own lives and establish their own networks for social and financial security.” This message was initially voiced by Willem-Alexander, the king of Netherlands during his first address to his people.

The transition was firstly initiated by the world’s financial crisis of 2008. The first strike of the storm was the crash of what seemed to be a 100% secure and renowned investment bank –  Lehman Brothers. The wave of impact caused by this default generated a blizzard on financial markets throughout the world and had also fast-forwarded the Great recession of 2008-2009 – unprecedented growth of unemployment and the fall of the economy.

In continuation: the Covid-19 pandemic, a major energy collapse in China during the fall of 2021, which led to a set of large manufacturing plants to shut down, first and foremost –  petrochemical; bankruptcy of the largest builder-developer China Evergrande. These are the “black swans” of the traditional economy, and, at this stage it is challenging to predict which one of them will be the trigger for the following financial crisis.

A reasonable question emerges: how to manage economical processes on the foundation of crises and in what direction will the modern economy develop? Are there industries that are currently experiencing the opposite, a growth?

The Economy of Global Transition 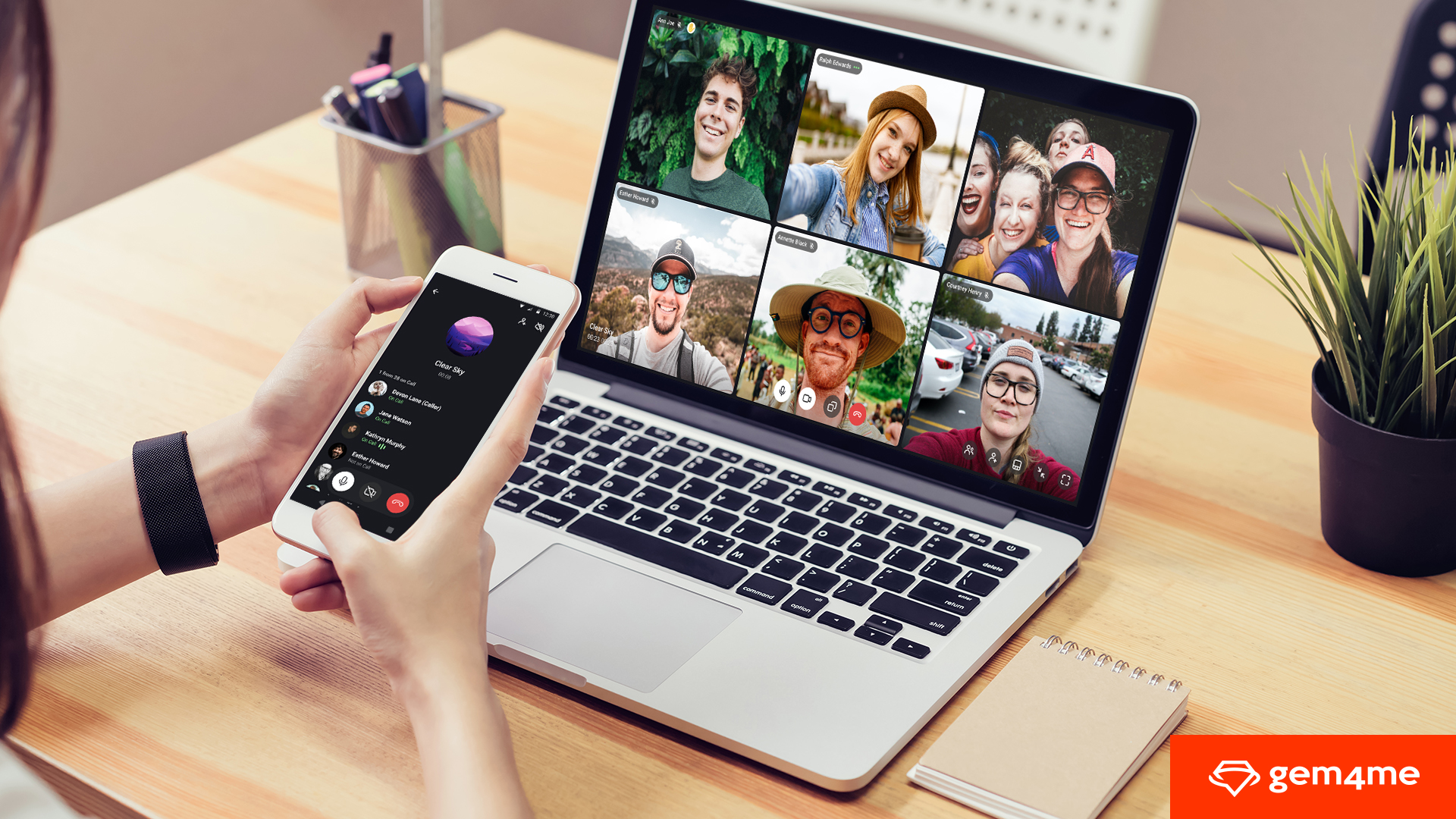 “In times of change, experience can be your worst enemy.” (с) Paul Getty, industrialist, billionaire

Since the traditional areas of the economy and manufacturing are currently in a crisis, traditional economic models and sectoral structures are falling apart, while innovative and knowledge-intensive industries are prospering, digitalization is speeding up. According to experts, 70% of the world’s business will be based on the models of platforms with digital support over the course of the next 10 years.

Firstly, all the notions that have to do with Big Data will be victorious. These are large unstructured volumes of data that is processed and used for statistical breakdowns, analysis, forecasts in all areas of the economy, politics, social life: ecosystems (Yandex), cloud storage (Google, iCloud), internet of items, messengers, social networks, blogs, online medicine.

For instance, a messenger and a marketplace have access to a book of contacts, geolocation, activity on the network – this information is worth a lot of money, especially for marketing teams, commercial industries, services. Most importantly, this product is not getting cheaper, but rather the price continues to increase.

According to most experts, the transfer to a digital economy has already initiated. A bright example – the “Tech Sandwich” economic model, in which:

During the various periods of time, one layer of the “Tech Sandwich” vastly surpasses the other layers. We are living during a time when the middle layer is developing faster than the other layers at outpacing rates. The economy of transition – is the economy of the middle layer. Data will be worth colossal amounts, no wonder why Big Data is referred to as “new oil”.

People During a Global Transition 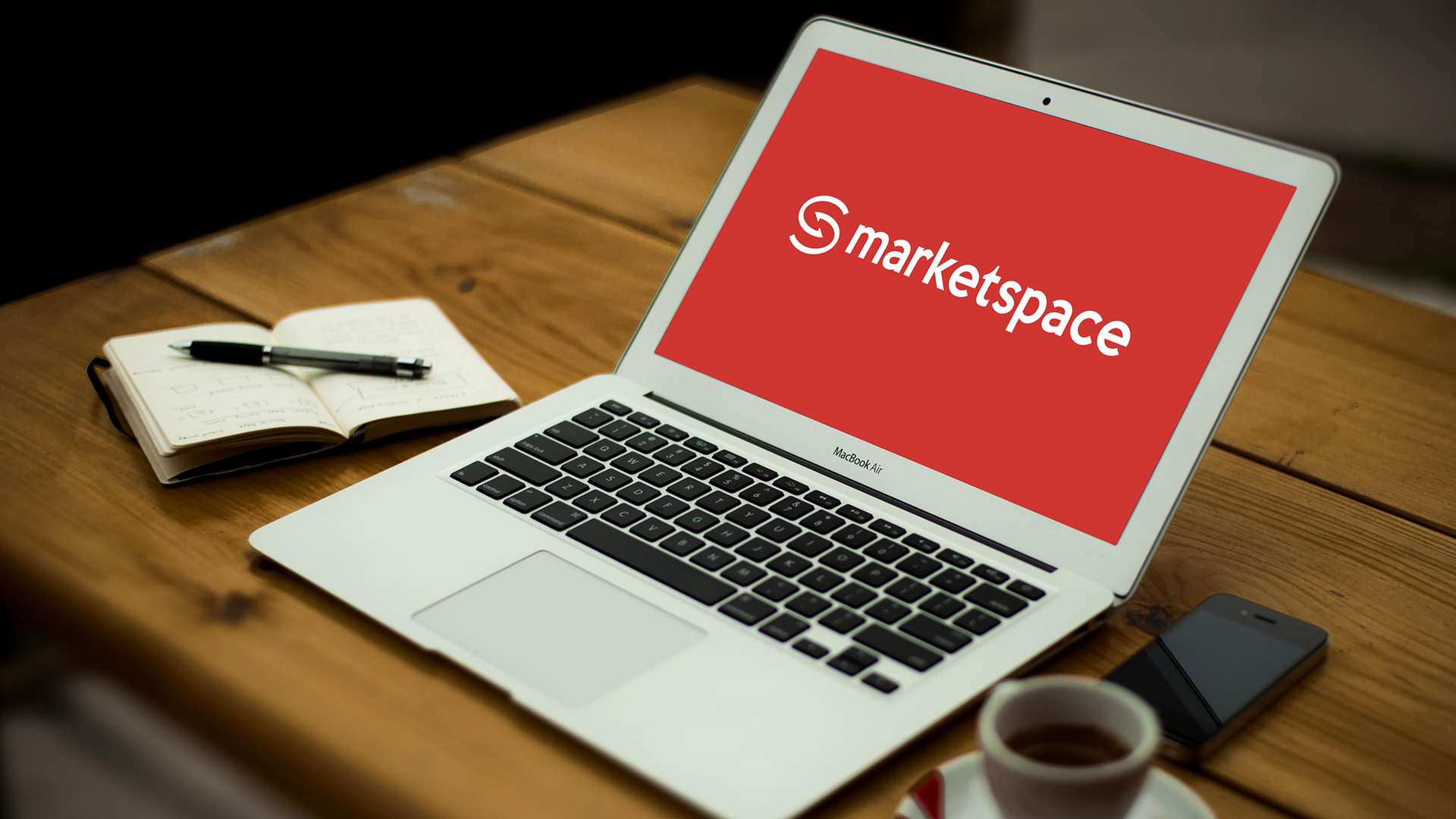 Does the global transition impact the lives and the psychology of ordinary people?  Naturally, it affects people similar to how any other major world event would. The most negative consequences of total changes include:

Life is becoming more difficult, many think that individuals who control society have vague understanding of the future and have lost control over the present. How can one not lose themselves and avoid finding themselves in the bottom layer of the economic sandwich?

Gem4me as the Tool for Overcoming the Crisis

The epoch of a “welfare state” has ended, it is time to start taking care of yourself on your own. We see Gem4me platform as the tool that solves problems with minimal expenses and fits perfectly in the new economy. Based on the examples of Google, Apple, WhatsApp, Facebook it is evident that those projects that meet human needs are the first ones to succeed and Gem4me – is exactly such a company. Why will Gem4me succeed during the time of a global transition?

It is created by conscious and involved individuals:

People who work with us will meet the changes in the world’s economy fully armed and prepared. They chose the right place and the right direction –the fastest growing segment of the new economic transition.