The Four lads Sea Shanty Meme back again and getting hipe on the internet. It was the most popular meme of 2020. In which picture four lads from Birmingham wen on a night out. But this time interest becomes double because there is a little bit of twist in the story. The group picture of four muscular boys had viral for an unexpected funny reason. Let’s find out the reason behind it and why it becomes the most famous meme all over the internet. The original video completed over 5.5 million views and 268,000 likes in just a few days. 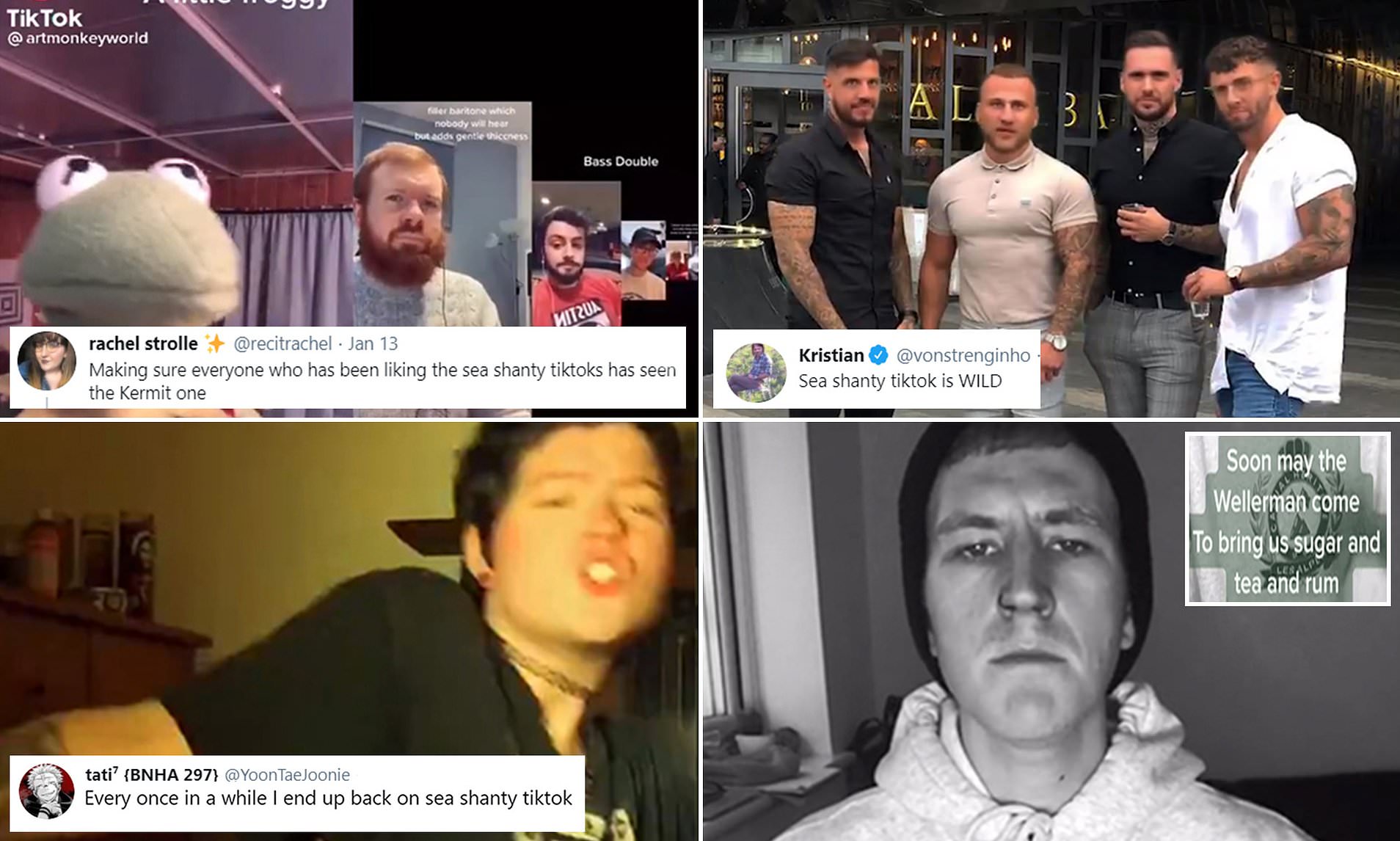 Let’s know the meme first which is got viral as the storm. Originally Four Lads meme is all about, the four British boys standing next to each other, and edited it so that it looks like they’re singing the famous Sea Shanty The Wellerman. The picture was originally created by the content creator called Kristian who posted it on his Twitter profile @vonstrenginho, he’s been praised for his editing as it looks really realistic despite the fact that they’re not actually singing. The creator of this image wrote on Twitter “Sea shanty TikTok is WILD”.

The meme is getting viral because in the original picture mouth of all the four boys has normal but in the edited picture, it looks like that they sing the song which is seriously attractive for everyone. Now you have a question about why they singing that song. So recently, the song Sea Shanty was so much popular on Tik Tok and As it was getting famous in the course of time his meme also went for the same through.

So now you can understand that the picture was not supposed to get viral as a meme on internet. But automatically it relates to the song and after 2020 hipe, the image gets unwanted trend again. It is funny to assume that the four lads singing Sea Shanty songs. Now the information is completed here and if you want more details then keep in touch with us through bookmark the link of this website.